Home News and Editorial AOSP code suggests that the Google Pixel Phones Circa 2017 will sport... The Google Pixel currently available is one hell of a phone and is still being pushed hard by Google with large amounts of advertising. That doesn’t stop people being excited and trawling through AOSP code for any snippet of information about the 2017 variant of the Pixel phones.

Previously we have seen the codenames for the Pixel’s show up in the AOSP code and now someone has managed to unearth the third suspected codename, as well as the processor that they target.

The previous known codenames of Muskie and Walleye have been joined with the rumoured name Taimen, with this being the first time Taimen has appeared in the AOSP. Previously it was a rumour fed to DroidLife that alerted everyone to its presence but now it is there in the code, for all to see. The Taimen is apparently a phone and given the size of a Taimen fish, is expected to be a large phone, possibly a Google Tango or AR device. The Taimen is expected to be a Google smartphone but NOT a part of the Pixel branding. The other piece of interesting information is the processor that the AOSP code for these device targets. It targets a SoC with the codename MSM8998 which we all know and love to be the Qualcomm Snapdragon 835, already powering the Samsung Galaxy S8 and S8+ in some markets. While it is no surprise that Google will be putting the best available SoC in their Pixel phones it is still good news nonetheless. 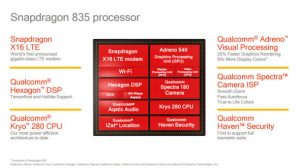 Whether the MSM8998 ends up being the final chipset included is of course unknown — that depends on when Qualcomm do their mid-year refresh of the chips or if they decide to release an entirely new chip. Last year their refresh came too late for Google and HTC to include it in the Pixel phones but it did manage to make it into a late year refresh of the OnePlus 3T and the LG G6 of this year. With only one phone releasing anytime soon with the Snapdragon 835 (the Xiaomi Mi6 is not releasing until mid June) it is unlikely we will see Qualcomm refresh it until well into the second half of this year, too late for the 2017 Pixel phones.

Of course we will keep our ears to the ground to sniff out any more information on the Pixel phones of 2017. Will you be upgrading to a Pixel this year?

yes pixel this year, the N6 is 2 years old now and time to salary sacrifice a new one.

This is not actually a big deal for me. I am more interested in the screen body ratio, dual camera, curved display and real water proof.

seems to be the way. was thinking about it today, I’m looking at getting a new laptop/chromebook to Ausdroid while on couch but was turned away by a $1000 price tag… yet have no issues spending that (and a lot more) on a Pixel XL… since when did $1400 become acceptable (for some) for a phone? thats a thousand and half dollars! ouch…