Home News and Editorial Fine Dining and Exploding Kittens are on the menu in this weeks...

Make up your minds Google! Do you want me in shape or gorging on the finest meals Europe has to offer?! That’s one of the deals of the week, with the Michelin Guide Europe 2017 on-sale for 20c this week alongside Exploding Kittens – Official, a card game for those with a good sense of humour. Interesting history on the Michelin Guide, it’s literally a guide from the well-known tyre maker who setup the guide back in the days when driving was almost the only option to travel. Their guides would, and still do, scour the country side looking for the best dining experiences. It’s become more associated with the hoity toity upper class though, with most Michelin star restaurants demanding a pretty penny for a meal these days.

The guide is only for Europe, so if you’re not heading over to visit the likes of France, Belgium, Germany etc. this will be pretty useless to you. It looks pretty good though if you are heading over to Europe. There’s plenty of places to check out. If you are, then you can grab it from Google Play for just 20c this week. 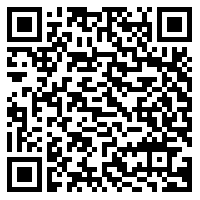 Exploding Kittens started off as an actual card game on Kickstarter, which turned out to be the most backed Kickstarter campaign in history – at least according to their PR. The digital version has all those cards you know and love, but it also has exclusive digital cards. It’s well illustrated by Matthew Inman of The Oatmeal, so for fans of his work you’ll recognise his distinct style.

It’s a game for between 2-5 players, you can play with friends or strangers online and it’s essentially a game of Russian Roulette, though only the kittens will explode in this game. The game sees you drawing cards until one of the players hits an exploding kitten – at that point, they’re out of the game.

If you’re up for it, Exploding Kittens is available for just 20c on Google Play, head over and grab it right now.

That’s it. Google hasn’t updated the link again, so this is the last we’ll see of the Free App of the Week…until of course Google re-instates it. We’ll keep checking back in though.

Unfortunately the deals on Quell+ Memento and My Diet Coach – Pro from last week are both back to their usual prices, so get in early on this weeks deals while you can.

Exploding kittens is a pretty fun game, I’m up for the digital version at 20c.

I keep forgetting about the ‘app of the week’ Be nice if google made an app for that and to also give us the ability to mark individual apps so we get notified when they are on special.