Fans of the TV Home Shopping channel TVSN (Television Shopping Network), can now get easier access to the bargains they love with the channel releasing their first app for Android and iOS.

The app is basically a portal to all the TVSN stuff you could need. There’s live-streaming built-in so you can watch TVSN from anywhere, but there doesn’t seem to be Chromecast support available. The video does seem to stream fairly well on both Wi-Fi and 3G/4G connections. As well as live streaming, the app has behind the scenes footage if you’re really into watching TVSN, as well as other content exclusive to the app.

For the bargain hunters there’s exclusive offers that come only to those using the app. The app also lets you look through their catalogue of what they say is 1000’s of products they’ve featured on the network. The products are broken down by categories (Health, Fashion, Homewares, Electronics etc.) and though you don’t need to login to the app to use it, you’ll need an account to do some shopping.

Overall, the app has a pretty decent design, there’s a nice slide out Nav drawer hiding the live streaming & other features, and it runs pretty smoothly.

If it sounds like your slice of heaven, head over to Google Play and grab it now. 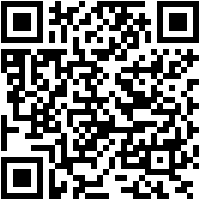 LOL. Just what we all need a even easier way to buy random things at greatly inflated prices.

TVSN is still a thing?