How’s your camera app looking? If the answer is: not so good, then you may want to check out Better Camera which is one of this weeks Google Play Deals of the Week. If your camera is fine, then kick back with tactical RPG game Dungeon Rushers which has also been reduced to just 20c this week. A Better Camera
Camera apps have come a long way on OEM devices these days, but they’re not perfect and if you’re wanting to maybe get some more features or just looking for something with a better UI, then Better Camera could be for you.

The app has a good range of features (depending on your device), including support for HDR+, RAW capture, and manual controls. There’s options to use Time-lapse and Panorama and a number of options like night mode could improve your happy snaps, or offer better recordings of your memories.

If you’ve got 20c burning a hole in your digital pocket, then maybe you should check out Better Camera on Google Play. 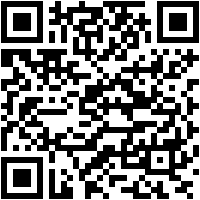 Dungeon Rushers
If you’ve been finding your life lacking when it comes to exploring dungeons, fighting monsters or using medieval weapons and equipment, then Dungeon Rushers could be for you.

The game is a 2D tactical RPG, offering turn based gaming with armies of monsters and traps protecting loot filled dungeons from you and your band of merry heroes. The game features a humourous adventure game that should tickle your fancy, and once you complete dungeons you unlock different difficulty levels. If you get sick of playing through pre-prepared dungeons, you can also create your own.

There’s a number of features included in Dungeon Rushers including

If you’ve been wanting to get back into RPG’s then this may be a good, and cheap, way to do it. Head over to Google Play to check it out. 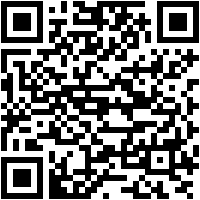 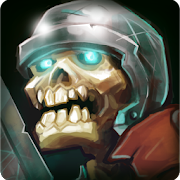 Last weeks deals, Real Steel and MX Player Pro have reverted to their pre-sale pricing, so if you don’t get in quick you’ll miss out. Head over to Google Play and check out Better Camera and Dungeon Rushers now.

Actually been playing with some camera apps this week. Previously I’d used Manual Camera and Open Camera for taking raw (dng) photos and for manual exposure control. This time however, I’ve been playing with Open Camera and Cinema 4K for the purpose of video recording. Both allow configuring the bitrate of the recorded stream, plus you can record at (some) unconventional resolutions. For example I was able to record at 2688×1512 in Open Camera (Nexus 6P) with the purpose being video stabilisation (using Davinci Resolve) before export at 1080p. Maybe it doesn’t offer much benefit from recording at 2160p apart… Read more »