For the last couple of weeks I’ve been driving around with one of Garmin’s newest connected DashCam’s in my car — the Dash Cam 45. I’ve used quite a few dashcams, including cheap ones from Jaycar and more expensive ones from Navman, so when the offer to take a look at Garmin’s take on the in-car camera came along, I had to give it a go. Since that time, I’ve put other dashcams away and switched to using the Garmin exclusively because — unsurprisngly — it is that good. Read on to find out wy.

Most people want a dash camera in their car to either record their adventures, or to capture evidence in the event of an accident which might help in making (or defending) an insurance claim. Really, an in-car camera really isn’t useful for too much more than that, and that’s exactly why I have one in my car — to take photos of interesting things, people throwing cigarettes out the window, and in case there’s an accident I can use the captured video for various purposes.

The Dash Cam 45 makes most of this fairly simple; like most others, it records on an endless loop, so unless you want to do something special, there’s no need to ever really touch it. If you do, though, you can take a photo with a simple button press, and save a video with a press-and-hold. Otherwise, simply leave it be and it will do its own thing. The Dash Cam 45 has a feature that many don’t, though, and it’s the killer feature. As someone that’s had to use a bit of dashcam footage, the most annoying part is getting it off the camera. It invariably involves taking out the MicroSD card, walking inside, loading it into the computer, finding the video in question, and doing something with it. It works well enough this process, but it’s easy to forget to put the MicroSD back in the car … and trust me, I’ve done this a lot.

Instead, with Garmin’s dash cam, you can do this wirelessly using your smartphone, in the car. You use Garmin’s VIRB app, tell the Dash Cam 45 to share over WiFi, and connect to the access point it creates. 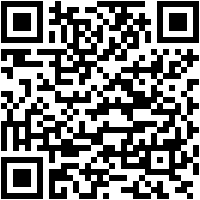 This makes it easy to review saved photos, saved videos, and even browse through unsaved footage for something that you know was there, but you didn’t think to press the save button. You can then download selected videos (or clips from videos) to your phone directly, without ever having to take the MicroSD card from the camera itself. This is a huge convenience and time saver … but there’s just one flaw.

You see, copying the video from the camera to your phone is rather slow. A 3-minute incident video will take about 5 to 8 minutes to copy. Photos are obviously much quicker, and if you save a timelapse video, they’re usually fairly quick too (a 30 minute drive compresses down nicely to about 30 seconds of video). All in all, the wireless feature is really welcome, but it isn’t perfect; the wireless transfer speeds really aren’t quick, so if you’re looking to transfer a bit of video, or to do so more regularly, you’ll find taking the card out is — sadly — a lot quicker.

So far as quality goes, the Dash Cam 45 won’t leave you wanting; it’s more than clear enough for evidentiary purposes. I’ve caught people throwing cigarette butts from the window with footage clear enough to forward to the NSW Environmental Protection Authority so that penalty notices can be issued. Number plates are clear, and surroundings are clear too. Here’s a couple of sample photos, just taken at random:

As you can see, the Dash Cam 45 embeds GPS, speed and date/time information into the photos captured, making it immediately apparent where your photo was taken, when, and how fast you were going at the time (especially useful if there’s an accident). This same data is embedded into video files, too. Speaking of, here’s a sample video file:

There’s really only two or three things about the Dash Cam 45 that I don’t like. The first I’ve already touched on, and that’s the slow wireless speed. It really could (and should) be faster.

The second is the way the camera is mounted to your car, which is both excellent, and not so much. If you only ever use one car, and don’t want to move between vehicles, the Dash Cam 45 is great. You affix a metal octagon to the windscreen with double-sided mounting tape, and the Dash Cam 45 clips to this with a powerful magnet. This makes taking it in and out of the car rather easy, with no suction cups to worry about. On the downside, though, you can’t just put it in your mate’s car and use it there — you’d need another mounting plate, and there’s only one in the box. As much as suction cups are a pain in the ass, they really do have a natural affinity with the dash camera making it easy to reposition, move between cars, etc. As much as I love the magnetic mount for easily taking the camera in and out of the one car, it makes it impossible to put in different cars, or to move the position if you somehow got it wrong. Last, but not least, is something that’s fixed in the Dash Cam 55 model — the control system. To save a video on most dashcams, you press a fairly obvious button and just a tap will save 1, 3 or 5 minutes of video. To save that video on the Garmin Dash Cam 45, you have to press and hold, and it takes a little while. Doing this while your driving is a really bad idea, and there probably needs to be just one extra button to quickly (and safely) save video instead of the press and hold. Otherwise, the navigation system is pretty simple, with just four buttons to make it all work. From top to bottom, they usually work as back, up, down, and select, though the icons on the display itself indicate which button will do what at the time.

Yeah you should. For $199, this is one of the better dashcams I’ve used, and I’ve used a few. The quality is great, the ease of use is pretty great, and its small size and long power lead make it a cinch to place it out of your direct line of sight, and run the cable neatly so you don’t have cables dangling everywhere.

If you’ve got an extra $50, though, the Dash Cam 55 is arguably the better value purchase. At that price, you get voice control and higher resolution video (1440p vs 1080p), on top of the shared features across the two, including wireless sync, forward traffic alerts, lane departure warnings, speed camera warnings, etc.

These are great little connected cameras, and easily my favourite to use.

I actually own a garmin nuvicam. Which is a gps with built in dash cam. The quality recording is excellent day/night. I wouldn’t drive a car these days without some recording device. I’m even thinking about putting one (not a nuvi) facing out the back window.
All new cars these days should have a recording system built in.

How long is the power cable that comes in the box?

It’s huge. I haven’t actually measured it – and I will, later – but it’s long enough to run from under my rear-view mirror, along the top of the windscreen and down the left, down to the passenger floor, under the floor mat, under the passenger chair, up into the centre console, and into a power adaptor in there. It’s easily a couple of meters long, plenty for routing around things in your car.

The reason I ask is Garmin offer an accessory (https://buy.garmin.com/en-AU/AU/p/pn/010-12530-01) its a 4 Meter cable which will be long enough to run the cable discreetly, I’m guessing the one that comes in the box is the same one but i want to be sure so i can decide if i need to purchase the 4 meter one also.

Thanks for the review.
I own the 55 model. It also suffers from slow Wi-Fi transfer speeds. However, video quality is *outstanding*! Very good performance at night too.
The extra $50 was well worth it. I cannot recommend the 45 model considering such small price difference and wealth of additional features on 55 model.
The 55 model has 1080p 30fps *and* HDR mode and PQ is *fantastic*! All in all, a great dash cam.
App needs some work. I had frequent crashes on Samsung S8: this is unacceptable!

I need to enable the HDR mode. Makes a huge difference.

Thats a nice looking unit. I’d love to see a comparison to the BlackVue DR650S-1CH.

Let’s see what we can do there.

Might have to look into this camera. Been wanting a Dash Cam for a while now with all the idiots getting on to Sydney roads lately.

You could do far worse than this one. It’s one of the best cameras I’ve used. True.