When the TAG Heuer Connected Modular 45 was announced I thought it was the best looking smartwatch I had ever seen. Unfortunately for us norms it is not the best looking smartwatch I had ever laid eyes on. We were hoping to receive a review unit but luckily for the sake of the Ausdroid brotherhood we were not lucky enough (or important enough?) to receive one as the impending bloodbath over who got to review it would have left us it only one writer. 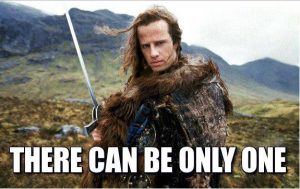 As such none of us had ever had the chance to handle one, or to wear one, until now. No I did not sell that spare kidney for one, although I am considering it while I sit here in the American Express lounge writing this.

For those who travel internationally from Sydney as soon as you clear outbound customs there is the TAG Heuer “pop-up” shop in the middle of the walkway. You would have to be blind to miss the massive “Connected Modular 45” sign. To say that TAG Heuer are putting a lot of weight behind this smartwatch is a massive understatement. Nearly the entire stand, which is substantial in size, is dedicated to the TAG Heuer Connected Modular 45 and for good reason.

The Connected Modular 45 is as impressive in person as it is on the website and in the multitude of YouTube clips they have released showing all the famous stars wearing them. Putting it on your wrist it is at first striking at how thick it is, but then what decent smartwatch isn’t these days. That 13.75mm thickness stands out but many of these premium watches tend to favour this look and to be honest I didn’t hate it.

The watch is solid and the craftsmanship around this feels as premium as it gets. From the ceramic dial on the one I tried out to even the rubber band that was installed on the watch everything just screamed quality. The clip to strap the band to the wrist was as good as any other TAG Heuer watch I have tried in the past.

The design of the watch was really nice. This is what Google wanted when they released Android Wear to the masses — they wanted the watch manufacturers to get onboard with their design and manufacturing and after seeing this watch I can see why. It’s hard to describe how the lines and curves of the watch make it seem like an art form. If it sounds like I’m getting florally with this it’s because I am.

The TAG Heuer app to create your own watchface, although it crashed a couple of times while I was testing it created classy TAG Heuer watchfaces based on their range of other watches. You can choose the background, the metal within the face (hands etc) and the highlights. With TAG Heuer and other companies cracking down on copyright theft of these by enthusiasts using Watchmaker and Facer the app is a great way to add a stylish face to a stylish watch.

The Sydney stand only has limited variations of the Connected Modular 45 with it ranging from a lazy $2100 (duty free) to an amount much more than that — it is an extra $300 to get the leather band and the gold lugs cost more again, as does the diamond bezel. It sounds expensive but even for someone such as me on a moderate wage I am sitting here weighing up the rage of the other half when the credit card bill arrives versus the stunningly classy TAG Heuer Connected Modular 45. It is that good.

At this stage there are very very limited places where you can get a hands on with one of these in Australia (we haven’t found any yet — if you know of any let us know in the comments below) unfortunately. In my opinion if TAG Heuer got serious about this watch in Australia they could really make some inroads. It is that good.

In the end, well at this stage — the flight does not leave for another two hours, sanity has won out and I have given a pass on the $2100 TAG Heuer Connected Modular 45 but it was a very close decision. My son was very nearly missing out on those braces he will probably need. In the meantime if TAG Heuer do want to send me one to do my own “24 hours with my MODULAR 45” I would not object to it at all.

If you have seen one in person what did you think? Where did you see it? Anyone out there bought one? Would you consider purchasing one, especially given the scarcity of decent Android Wear watches?

Canberra won’t get them at all. But I’m interested in the pricing as when I checked out the website it alluded to being rrp $2100 for the base model with rubber straps yet your saying that $2100 is the price duty free.. I’d love to know what the model i wanted (from memory it came in at $2500 when i built it) will actually come to.

I’ll stick with my Connected for a while longer…

I haven’t gone in to see if they are in stock, but the Tag Heuer store in Melbourne CBD (St Collins Lane) have a lot of window advertising the Connected Modular 45