Home News and Editorial Google is about to make Android updates modular and easier with Project... 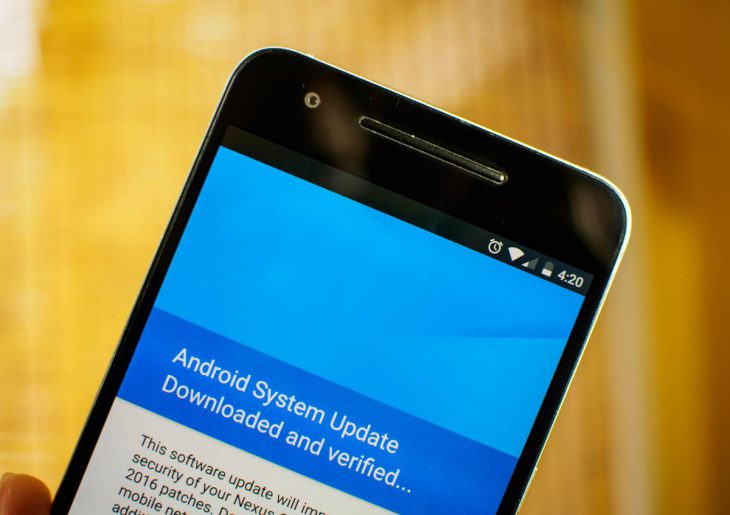 We all know that getting OS updates on Android devices is a bit of a pain. With Project Treble, unveiled today on the Google Developer Blog, Google’s finally looking to change that with a rework of some of the underlying architecture to make updates easier.

It’s not the first time Google’s tried to address complaints about Android’s fragmented nature. We’ve seen a few efforts the Update Alliance, we’ve seen vendors pledge to keep up with updates (and fail), and most recently we’ve seen Google start to enforce adherence to Android’s regular security patches. The result is still the same – unless you’re on Google’s own Nexus or Pixel devices, getting an OS update is a case of playing the waiting game.

There’s a number of reasons for the delays, and they’re surprisingly not just vendors being lazy. Android’s underlying architecture requires updated drivers for device components as new versions of the operating system are released, and some vendors don’t like to update drivers for old components, and not necessarily in a timely fashion.

It’s a dirty little secret of Android updates, and it’s a finger we’ve seen pointed in recent years — as old devices fall out of favour, the drivers for their components fall behind and don’t get updated. If device manufacturers can’t get new drivers for all their components, their phone or tablet is essentially dead in the water when it comes to updates.

Google’s seeking to change this by taking the a similar approach to drivers and vendor customisations that they’ve taken to Android apps – building a stable and reliable compatibility layer.

Project Treble brings this in the form of a software Vendor Interface that’s designed to be forwards-compatible.

With a stable vendor interface providing access to the hardware-specific parts of Android, device makers can choose to deliver a new Android release to consumers by just updating the Android OS framework without any additional work required from the silicon manufacturers

Trebles are threes, and the project’s name brings about a three-tier architecture for Android that’s all about ensuring compatibility between versions now and into the future. The best news is that this isn’t a theoretical change or a proposal – it’s up and running already in the bleeding-edge Android O preview that’s running on a number of Pixel phones, and it’ll be there in all O-powered devices. You just need to get your device onto Android O, first…

All of this is geared towards making it faster and easier for device manufacturers to update the Android OS to get the latest and greatest software, faster. While Google’s also talking about device manufacturers using the Vendor Interface to handle their customisations, they haven’t gone into much detail in today’s post about it. We’ll have to wait and see what our OEMs have to say about it.

Major OS updates are, IMO, less important than regular security updates. Especially as many of the new features in major OS updates are not supported by older hardware anyway. If these changes to the underlying architecture enable security patches to roll out to many more devices more quickly then this is a fantastic step forward.

Of course, we will have a few years to wait to see if it really works, given the need to get to Android O first!

Now Google need to punt the carriers out of the update process entirely. All carriers seem to do is delay releases and include additional bloatware that can’t be uninstalled.

EDIT: Not a fan of the new commenting system though I can understand why you’d choose to change seeing as Disqus have started inserting ads into comments that can only be removed via paying for a premium service (Jim Sterling also moved his site’s commenting platform away from Disqus for that reason).

It takes a little getting used to, but it gives us a lot of control that Disqus simply took away, and replaced wth crap ads.

Anything they can do to get at least security updates to older devices the better.

One point that does need to be said too is the phone carriers are just as much to blame too for delays as they seem to want to test every update to make sure they still work on their network. This in some cases may either stop and update from every being released or could delay it by weeks to months.