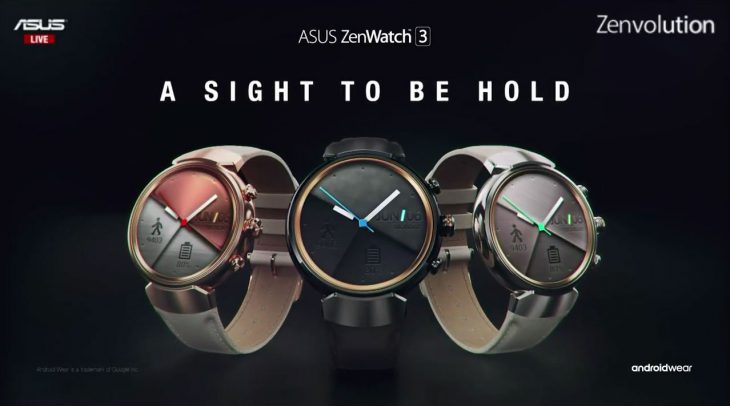 After being a prominent player in Android Wear since the beginning, it appears that all is not well with Asus’ Zenwatch line, with Digitimes reporting that they are contemplating stopping the Zenwatch line.

The report, which is based on the usual ‘people in the know’, this time in the Taiwanese manufacturer’s supply chain, who say the company is only moving around 5,000-6,000 units across the Zenwatch line per month. Asus is reportedly not happy with this low number, and is considering dropping the line entirely.

The launch of the Zenwatch 3 in November was lauded as a great looking watch, however lack of NFC in the device with the looming launch of Android Wear 2.0 which includes Android Wear support could be a factor in the less than stellar sales.

Asus hasn’t officially announced anything on the Zenwatch line as yet, so we’ll have to wait for Asus to actually acknowledge this one – until then you can grab the Zenwatch 3 for $399 from Bing Lee.

As a happy pebble customer, I have not been following the rest of the smartwatch market very closely. Now that there is not going to be any more pebble watches and the battery in mine is starting to wear out a bit I am starting to look more. No NFC is not a too much of a biggy for me but not being able to replace the band certainly is especially if it doesn’t come with a full metal band. To me the biggest thing is battery life which is still likely a long way behind what my pebble could… Read more »

Non replaceable bands.
No NFC.
They caused their own problems.