The Moto Z was a great device by Lenovo and Motorola and they are looking to back it up this year with a solid second generation. Each of the devices have previously leaked separately but today we have seen them arrive in an all in group shot.

The group shot does not really add much to what we already know about each device but it does give us hope that all the devices will be even better than their 2016 counterparts. While the specs for the 2016 versions were a tad behind where technology was at the time it seems there will be no such discrepancy this time around. 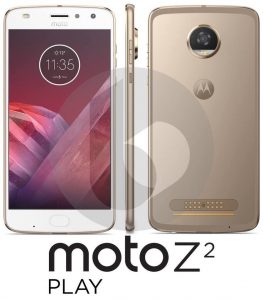 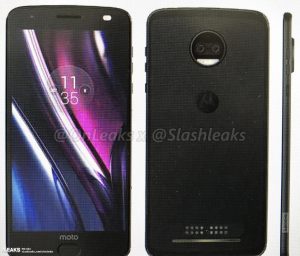 The big brother of the family, the Moto Z2 is said to house a Qualcomm Snapdragon 835 SoC alongside the capability of 5G speeds. Last year’s version has a 2K superAMOLED display and we would expect this to be matched. Given the extremely similar dimensions to last year’s model the display will also most likely be 5.5in once again. As the Moto Z2 is the higher end device of the family the specs with respect to the RAM and onboard storage will most likely be matched or bettered in the Z2. The Moto Z2 is rumoured to also have a dual rear camera as seen in the blurry press renders that leaked previously.

Hopefully sales match the quality of the device and Lenovo and Motorola will have a big success on their hands. Alongside the large number of Moto Mods coming to market alongside it the device has great promise.