Home Mobiles Assistant and Artificial Intelligence Samsung adds Bixby to their refrigerators before you can get it on... 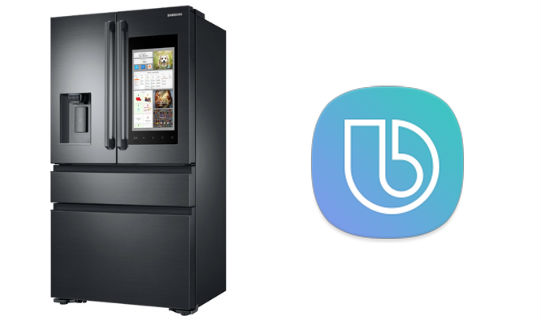 Samsungs virtual assistant Bixby, which has still yet to arrive on Galaxy S8/S8+ handsets in most markets the phone has launched in is arriving on Samsung’s Family Hub 2.0 refrigerators.

Samsung has announced that they will be pre-loading Bixby onto their Family Hub 2.0 refrigerators, as well as sending out an over the air update to any of the fridges already in the market. The decision to push Bixby to their fridges is in line with their initial announcement of Bixby, where they said the assistant would make its way into other Samsung appliances including TVs, Air Conditioners and more in the future.

Samsung eventually intends for Bixby to act as an assistant for everything and having a fridge, which is central in most households, be the hub for a smart home makes sense. Bixby will be able to control your air conditioner or TV in the future so this is a progressive update for Samsung.

Samsung’s Family Hub 2.0 refrigerators were announced earlier this year, but have yet to arrive in Australia at this stage, nor has Samsung announced availability here. We’re looking forward to seeing what Bixby can do, but at this stage the slow, staggered rollout of their assistant is more frustrating than anything.