As part of the continued development and improving user experience in the Android Operating System, Google have introduced Vitals in Android O.

There are some simple foundations around the improved functionality:

Each update of Android usually brings enhancements in the operating system, this time around Google have recognised that the battlefield of mobile performance has shifted further towards battery life from performance. Google have invested a lot of time and effort into optimising battery life in the past and have continued to do this with Android O.

If your phone dies at 4pm, all the other functions and speed of the device does not matter! Google have been scanning the code in apps for a long time to protect users from malicious code, but it’s being expanded introduce Google Play Protect. Play Protect is Google’s comprehensive security services for Android which provides an automated, powerful protection system that has a far greater capacity to ensure the security of your device. It is built into every device that connects to Google Play, continually scans the device, updates and takes the action needed to keep your device and your data safe from those who may want to get hold of it.

You can read more on it here on Ausdroid.

The most marked improvement from a user visibility perspective with Android O is a significantly faster boot time for devices. The Google wizardry goes much further than that, taking the app optimisation that prevents pointless apps running in the background which drain battery charge needlessly. Systems resource and battery hogs have had some further limitations put on how and when they can be triggered — some location based apps are seeing some changes that will positively impact the battery life and performance that users are seeing. It does this by adding limits to background location and execution.

This is probably the least known, but most important for users. If you’re not providing the developers with a platform that’s easy to use, intuitive and flexible then they’re not going to innovate. Google have recognised this and are upgrading the Developer Platform and the Play Console Dashboard. This will hopefully continue to drive the growth of functionality in the Android ecosystem. Now developers can see what within their app is causing crashes from within the console. It gives them a visual look at crashes and can in fact see where a crash occurred and see which line of code has caused the issue.

The next announcement brought cheers from the developers in the crowd at the keynote: Kotlin is now an officially supported Developer Language in Android, partnering with JetBrains as the foundation for Kotlin. 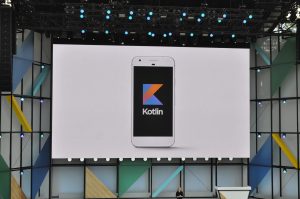 Not being an app developer myself, I’m not personally across all of the implications of this but some quick research (very quick, correct me if I’m wrong here any developers out there…) Kotlin seems scalable to any platform which will also assist with Fuschia development. We may soon see apps that automatically have compatibility with both Android and iOS very soon. Where this leaves app design is another story though as iOS and Android have very different design guidelines.

This year’s keynote highlighted that Android is very mature now and small changes that have been made will allow an even better user experience.

What has been the biggest take-away from this year’s keynote for you?

Samsung gives everyone Google Messages on Galaxy S21 range .. except US buyers