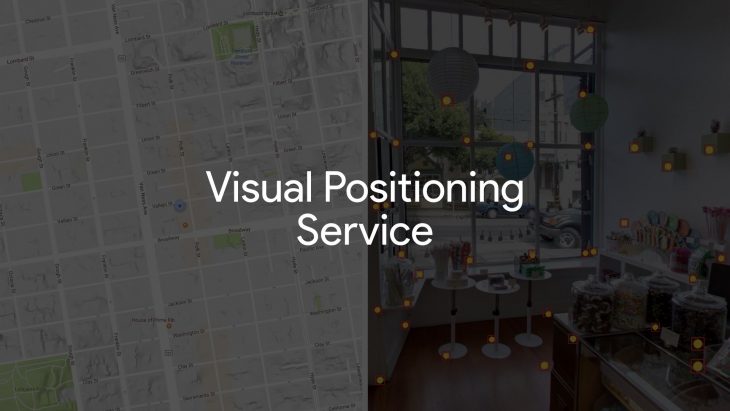 Google Tango has come a long way recently, the second consumer device is on the way and now it’s also changing the way we find things with the launch of the Visual Positioning Service.

Using Google Tango’s ability to easily map an area and create a 3D model, Google intends to offer the technology to businesses to help their customers or patrons find things within the store or place of interest.

The Visual Positioning Service (VPS), a business or place can provide detailed information about where to go when you get somewhere. As Google says ‘GPS is great for getting you to the storefront, with VPS your device can direct you right to the item you’re looking for once inside’. It’s essentially a great tool to use at a store to direct you to where in the store you’ll find the milk, or take you to where a specific exhibit is in a museum you’re visiting.

Google is going to be combining the visual directions with audio interfaces as an option for accessibility to help visually-impaired people navigate through the world.

VPS expands on Google’s current program which lets businesses upload 360-degree photos to Google Maps. With the broader availability of 360-degree cameras this has become a lot more common, but with VPS, it requires a Tango device to map the area. The availability of these devices is limited – especially in Australia – so Google will have to spearhead this initiative, just as they did with 360-degree imagery when it was still a nascent technology.

Update:
In a talk with VP, Virtual Reality at Google Clay Bavor we got some more details on VPS and how it works as well as finding out it’s actually live and in use in Lowes stores in the US now. According to Mr Bavor, VPS can be enacted after a business has been 3D scanned, a Planogram of inventory is laid atop the 3D model to get VPS working. Updates to the system will be from the Planogram which will then be re-applied to the 3D model once an item has been moved. This means stores need to rigidly adhere to the Planogram outlined from head office, but should allow for easy updates.

Want to see a bit more about VPS in action in Lowes, here’s a video:

We’ll see more about VPS when Google begins a broader rollout of the technology later in the year.