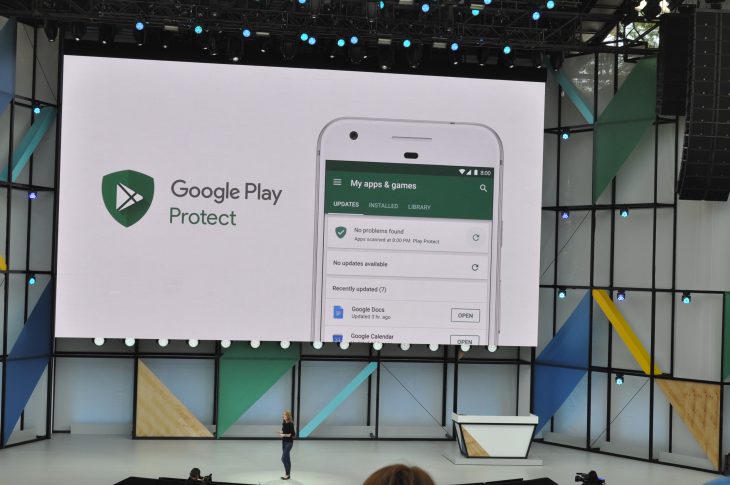 At I/O, Google has outlined some of the features in Google I/O under the security enhancements which are designed to keep you, and your devices safe.

Google is also launching ‘Find My Device’ a feature in the form of an Android app that you can use to locate, ring, lock, send a message to, or erase your Android devices. This includes any Android phones, tablets, and even watches that you own.

Google is rolling out Google Play Protect over the coming weeks to devices everywhere. You can play with Find My Device right now by downloading the app from Google Play.