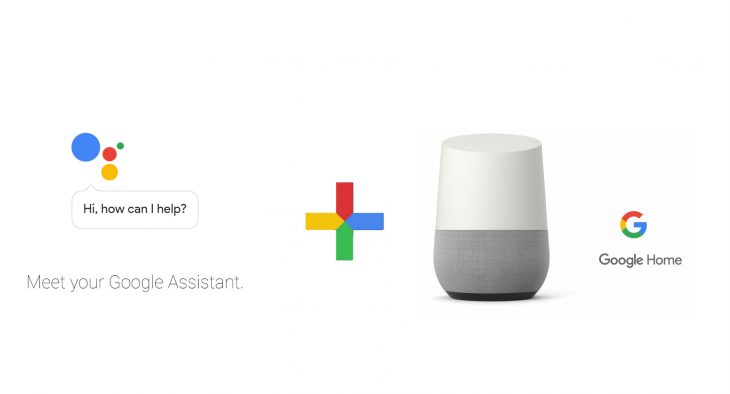 The Google Assistant is of course going to be everywhere, it’s already on your watch and it’s coming to Android Auto and Android TV. It’s supposed to also be on your phone if you’re running Marshmallow on your device, but we got some clarification on what is happening there. According to Mr Hafsteinsson, the Assistant has so far only been released for devices using English (US) and are in the US. So if you don’t have Assistant in Australia – you’re not actually supposed to…yet. Mr Hafsteinsson went on to say that this particular pain point will be resolved later this year when Assistant rolls out to Marshmallow devices using other languages.

So, we’re getting Assistant on our watches, and soon our TVs and in our cars, and in the coming months, we’re getting Google Home. So what will we get when Home launches? Well, the answer is that they’re still working on localisations, and that includes launching with English (AUS) support, and that’s not just importing the language pack, it’s also things like using Aussie terms for things like sports scores. Google wants to launch with our vernacular, for instance when talking sports scores, they want to have Google read a score as 1 – Nil, not 1 to 0.

Google is currently working in Australia to bring in integrations for local content for the Google Home launch. Things like bringing in local podcasts to include in the list to choose from at the end of the ‘My Day’ feature, as well as working with local businesses on Google Actions to provide more utility for Google Home.

Google is working on rolling out a global experience, but for the time being expect some features to remain a US-only exclusive at launch. This is due to things like voice functions, and no we’re not getting multi-user support on Google Home for a while.

Features like Wi-Fi Calling, which was announced during the keynote will also remain a US/Canada exclusive for a while – but they’re looking into bringing it to other countries, but there’s literally no time-frame for doing so and may remain a ‘missing’ feature for some time.

The Wi-Fi Calling feature is not going to be from Google Home to Google Home either, it’s going to be to a landline or mobile #. They’re cognisant that Home is a shared device, and that’s a pretty common theme for a lot of the integrations that Google Home performs, they don’t want to interrupt your workflow.

This is obvious in the proactive assistance alerts that Google announced during the keynote. They will only show on Google Home as a white notification light you can tap if you see it – but if you don’t Google is looking at getting that notification to another device in case you missed it.

Google is working on improving Home. In the six months since it launched they’ve brought a bunch of new features to Home including Multi-User support (see above, it’s not coming for a while), the ability to have Home teach you how to cook and lots more. They’ve integrated over 70 smart home device manufacturers products into Google Home and they’re still adding more.

More features like setting reminders and adding calendar entries from Google Home are also now going to be live!! This is great.

They’re also interested in how to make the conversation with Google Home easier. It’s a pain point when interacting with Google Home that you have to address it with the key word ‘Ok Google’ each time, they want a more conversational tone, but are also wary of leaving the microphone on to wait for a follow-up query. But it’s going to get better, lots better if Google has their way.

As we said, Google isn’t yet ready to talk pricing or exactly when we’ll see Google Home beyond ‘this Summer’. In the US you’ll pay $129 + sales tax (about $140USD) to get yourself a Google Home, so you’re going to be looking at around $190 + a little more once warranty and such are factored into the price.

We’re excited for Google Home to come to Australia, and we’ll be bringing you any news on the launch as soon as we can.

Well that explains a lot in regard to why Assistant isn’t even showing up on most of our phones.

Oh good grief. Talk about p. poor, Google Home was unveiled, with Google Assistant, this time last year. What have they been doing on the internationalisation front, sitting with their thumbs up their a**es? From the way they are talking it;s September before they will finally launch here, and Google Assistant isn’t even that sure (not that there seems a whole lot of use for it). Their calling feature, as well as also being horribly late and US only, is only Home > Phone, no wifi calling? And the Amazon Echo is only Dot > Dot, no phone calling. Someone… Read more »

I kind of expect Home calling will suffer the same fate as google voice (and google-fi I guess) outside the US and never happen.

The updates look nice though, and I’ll be glad to see some local media support for news. Given they seem to crib from podcasts I’m not sure what beyond the ABC they could even offer.