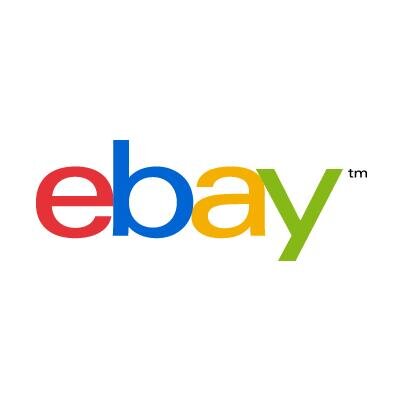 Last week Ausdroid was invited to a breakfast briefing by eBay Australia where I was able to ask them how their eCommerce site has evolved over the last 5 years, their position on the GST low value threshold (LVT) and what technological advancements they plan on making later in 2017.

Australians buy a smartphone every minute and smartphone accessories every 5 seconds on eBay Australia. Unsurprisingly as an Ausdroid staff member I’ve contributed to those statistics, having recently purchased some TAGG glass screen protectors from eBay Australia store techacc-au.

Five years ago eBay Australia had 6 million unique visitors/month and the majority of sales were second hand items.

Nowadays the site has almost double the visitors and the focus has changed completely as many second hand sales have moved to other platforms more optimised for local pickups e.g. Gumtree and Facebook.

That matches my habits. Last year I tidied my home thoroughly and sold quite a few items we didn’t need anymore on Facebook Marketplace, Gumtree and OCAU Forums, without spending a cent on listing or sold fees.

In 2016 90% of eBay listings in Australia were brand new, sold by Australian small businesses and the 80% of Australia’s largest retailers who have an eBay presence.

Click and Collect partnerships with bricks and mortar retailers like Good Guys are  going really well, these types of stores had initially seen eBay in a negative light.

67% of eBay Australia visitors are now on a mobile phone or tablet.

eBay isn’t against the idea of lowering the GST thresholds and understands what the Government was trying to achieve with its Bill, but unfortunately the method of collection was proposed was entirely unworkable and showed a real lack of understanding about eCommerce and marketplaces.

We’re really pleased the Senate Committee recognised this and has asked the Government to go back to the drawing board. Hopefully we can work with them to come up with a solid solution.

On a side note, Australian readers who are interested in how much multinational technology companies like eBay contribute to Australia’s federal budget through taxes, should read this recent article by investigative journalist Michael West “Google, Facebook restructure; eBay gives taxman the bird”.

Leanne Hannaford is the Director of Product & Innovation for eBay Australia. She told Ausdroid that her team’s focus was on AI, machine learning and integrating with other platforms to be able to sell on them.

Technology has changed the way we shop from AI, VR and IoT, we’re making sure we’re investing and experimenting in them. We’re already seeing a rise in traffic and engagement through creating shareable shopping content, partnering with publishers, as well as tailoring how we engage for each native audience.

Australia is officially the test bed for the world in terms of eBay experiments, with a local outsourced agency development team of about 20 people. eBay Australia servers are located in Seattle, USA.

Hannaford said that when innovating and experimenting with new types of e-commerce it’s easier for the Australian Innovation team to try something out, and ask forgiveness if it fails, than it is to wait to get permission for each and every change from the US eBay head office.

A few days ago eBay Australia’s homepage started becoming more tailored to each user’s interests, passions and shopping history (provided that they’re logged in) instead of a one-size-fits-all approach.

The new design will leverage everything we know about a user to recommend new products. The new design features horizontal image carousels stacked on top of one another, organised by items you’ve recently viewed, items you are watching and rows that are recommended to you by eBay.

The homepage also taps into moments that spark inspiration for shoppers by showing the top sales and events, what products are trending, deals, popular destinations and collections.

I had a look around the new homepage and it was partly personalised as promised, with prominently located promotions for mobile accessories and internet streaming Android boxes.

However there were also lots of categories and featured products I don’t care about at all eg: Wine & Spirits. It would be great if eBay customers could improve personalisation by rating homepage suggestions eg “more like this”, “never show me this again” etc.

In the USA eBay is beta testing bots eg “eBay bot please tell me when XYZ is available at less than $123”? Functionality like this is available now in the USA with Google Home as a Beta feature. eBay Australia hopes to have that available when Google Home officially starts selling in Australia later in 2017.

Other technological advancements Australians can expect to see later this year include: