Home News and Editorial Can AI and Email work together? Astro says yes AI is helping everyone these days, so if you’re snowed under with email, why not let an AI driven bot help you manage your email? That’s the basis behind Astro, who’ve launched their AI bot in a public Beta for iOS, Mac OSX and now, Android.

We all use email, it’s an inescapable fact of modern life. It unfortunately has gotten to the point where peoples lives are driven by their inbox. Astro are working to take a giant leap forward from being inbox driven to getting your inbox to be a workflow that actually works for you. Astro’s AI Bot is a chat box that in basic terms, helps you unclutter your inbox but its far more intelligent than the scattergun approach of deleting all mailing lists or snoozing anything that you will get to later.

Astro initially launched on Mac and iOS, but has finally arrived on Android opening up their service to a mass market of new users.

Astro includes a large variety of functionality already but the firstly and most importantly it separates your email into two streams: ‘Priority’ and ‘Other’. This will work across multiple (unified or separate if you prefer) inboxes much the same way that Inbox by Google already does. At present, Astro supports Gmail and Office 365, bringing those emails together if required into one app

Astro learns how you use your email and improves day by day attempting to anticipate your needs – and it seems to, at least for my usage. It predicts relatively accurately the types of responses, the contact who I will jump to respond to particularly when questions are asked and those who it knows I’ll get back to later such as with emails relating to social arrangements with friends. It even suggests mailing lists you should unsubscribe from because all you ever do is delete the emails – it’s more an assistant for your mailbox than a chat bot really.

I’ve not been using it very long (only a few days at the moment) but I’m seeing a steady reduction in outstanding emails at the end of each day. I’ll continue to work with Astro to see if this really is the silver bullet I need for managing my daily email mountain.

At present, there’s no cost for any of the apps, or indeed the service. Astro hasn’t announced any tiered payment system will be coming, nor how they intend to monetise the service which is a bit of a worry, but not overly so and at the moment their site says ‘Astro is FREE for People and Teams’. It’s looking pretty decent as a service, so give it a look and see what you think.

If you’re considering an approach like this to your email, what’s the silver bullet you need? 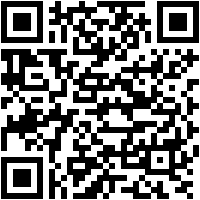 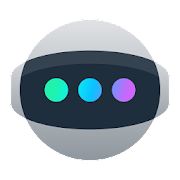 Thank you Ausdroid and Phil for the review. We look forward to further feedback from you or any users, including we’re always available at [email protected].