Home News and Editorial Garmin steps into the 360-degree camera market with the 5.7K resolution VIRB... 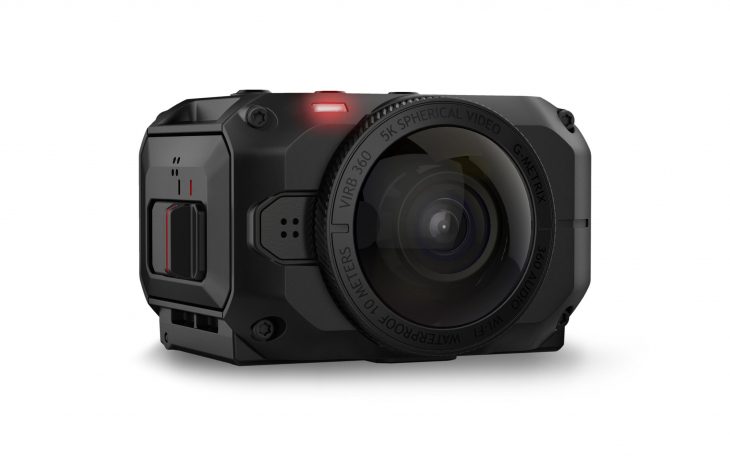 Garmin are a company with an eye for quality, so when they announce something new we take note and today that’s the VIRB 360, a 5.7K resolution 360-degree camera which is arriving in Australia in June.

The VIRB 360 is designed for the active user, it’s compact but rugged with waterproof rating allowing you to take the camera swimming or even water-skiing with a waterproof rating up to 10 metres. It captures high quality video with the ability to capture 15MP spherical photos or 5.7K resolution video at 30 frames per second for up to an hour, and four built-in microphones let you capture spatial audio from any direction. You can connect to the camera with your phone or tablet using Wi-Fi and Bluetooth using NFC for one-tap connection on Android devices.

The device also comes with built-in GPS allowing you to add a customisable G-Metrix data overlay to the video displaying data about elevation, speed and more.

The Virb 360 comes with a desktop app you can download or of course a mobile app available for Android and iOS that lets you control the camera but one of the cooler features is the built-in smarts to rid your 360-degree videos of shake with a one-touch stabilisation option which quite frankly looks amazing. The 1-touch stabilisation allows you to smooth out any of those quick movements or vibrations you see in your video without changing camera orientation. You can also useU lock mode to secure the orientation of the camera to a specific direction.

The Vibe 360 also allows for voice control with simple commands to start and stop recording, snap a photo and more. It’s sort of similar to the controls built-in to their dash cams, which seem to work well when Chris checked them out, so we’re thinking they’ll work equally well on the Vibe 360.

360-degree live-streaming is the new hotness in the tech industry and the Vibe 360 offers the ability to live-stream on both YouTube and Facebook Live when connected to a tablet or phone which obviously needs a decent connection.

So, where can you get it? Well, it arrives in Australia in June for a price of $1,099 and if you want to take a look and learn more you can head to garmin.com/virb360