Home News and Editorial The Huawei P10 and P10 Plus are on-sale in Australia today –... 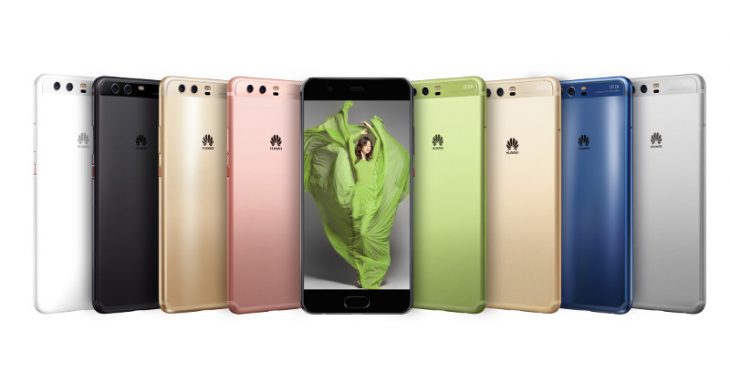 After launching the phones earlier this month, Huawei has today released the Huawei P10 and P10 Plus in Australia today.

Huawei has partnered with Optus, Virgin Mobile and Vodafone for the launch of the P10 with the Black model available at all three carriers, while the Blue is exclusive to Optus and Vodafone gets the exclusive on the Gold colour option. While you can get the P10 on a range of plans from all three carriers, you can also purchase the phone outright for just $899 – a bargain for a phone with 4GB of RAM and 64GB of on-board storage.

The larger P10 Plus is heading to retail channels only in the Graphite Black colour option for $1,099 from Harvey Norman and JB Hi-Fi, with the possibility of being available at some other retailers as well.

Both devices come with the same dual 20 MP + 12 MP camera sensor setup that includes Leica optics, phase detection and laser autofocus and a dual-LED flash, there is one difference between the two. The P10 Plus has a slightly better lens on it, with an f/1.9 aperture compared to the f/2.2 aperture on the P10 – this should make a difference in low-light shots and we’ll be testing this out.

Want a spec comparison? We’ve got you:

If you want to read Chris’ thoughts on the P10 you can read his review of the P10 right here. If you’ve been waiting for the P10 or P10 Plus to arrive in Australia today is the day. So, the big question is: Are you getting one?

Forrest Gump: My momma always said, “Life was like a box of chocolates. You never know what you’re gonna get.” Same with Huawei.
https://www.engadget.com/2017/04/20/richard-yu-statement-on-huawei-p10-storage-gate/

I have the Huawei P9, takes awesome daylit outdoor and landscape shots and so very easy to take really great black and white shots. Have had it nearly a year and have not had a single hardware problem. Only ‘problem’ is it is still on Android 6, EMUI 4 and Sept 2016 security update. Huawei are really crap at software and firmware updates. Was considering the P10+ but decided to go with Samsung S8+ as my main phone. Have Microsoft 950xl as my 2nd phone because I’m a fan (it isn’t easy) of W10M. Now have to decide whether to… Read more »

The Poll says it all really – Buy an S8 or G6 now or wait for the next Pixel heck even the HTC 11 looks good.

If your are on a budget get an Oppo (slower processor but those who would notice are buying Pixels and OnePlus) – Huawei is in a bit of a no man’s land – missing out on some of the “flagship” features but not different enough from mid range phones to stand out.

I just retired my Huawei Nexus 6P after only 1 year because of fastly deteriorating battery life, i don’t think I’d get a Huawei again