The mobile phone as a desktop PC isn’t a new idea — it was promised years ago with the Moto Atrix for example — but it hasn’t really been much of a good idea until much more recently.

Samsung DeX might be the first serious genuine attempt to do so. We’ve previously noted that Samsung’s desktop dock was coming to Australia, as there’s been a bit of a delay while Samsung expand the promised footprint. 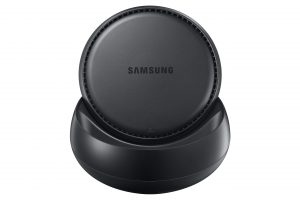 Now listed on the Harvey Norman website as available in July in Australia, the DeX is priced at at AU$199 and connects to the Galaxy S8 or S8+ to turn any monitor into a desktop style interface for the Android OS.

Despite the delay, it seems as though Samsung are pretty keen to expand this into new markets announcing that Canadians can now buy the S8 device dock too.

It remains to be seen how widely adopted the DeX hardware will be, but it does show that Samsung are again at the forefront of changing the mobile game.