To say that I was less than enamoured with the LG G6 I reviewed a month or so ago is an understatement. I thought the design was near-perfect, so much so that I feel the 18:9 ratio phone is the way of the future, how all phones from here on should be made. I did however have some fairly significant issues with the software experience and when made aware of them LG offered us a different G6 to test out.

Before I go any further I have to say that LG very obviously stand behind their product, the G6. They were so sure that the review device we received was something out of the ordinary that they had no hesitation in offering a different one to us, expecting our thoughts to be different.

One thing we have to face though, if the second LG G6 is better, what does this mean for the consistency and quality control at LG? Did we just get a lemon, and what’s the risk a consumer might, too?

Read on to find out my thoughts, second time around. 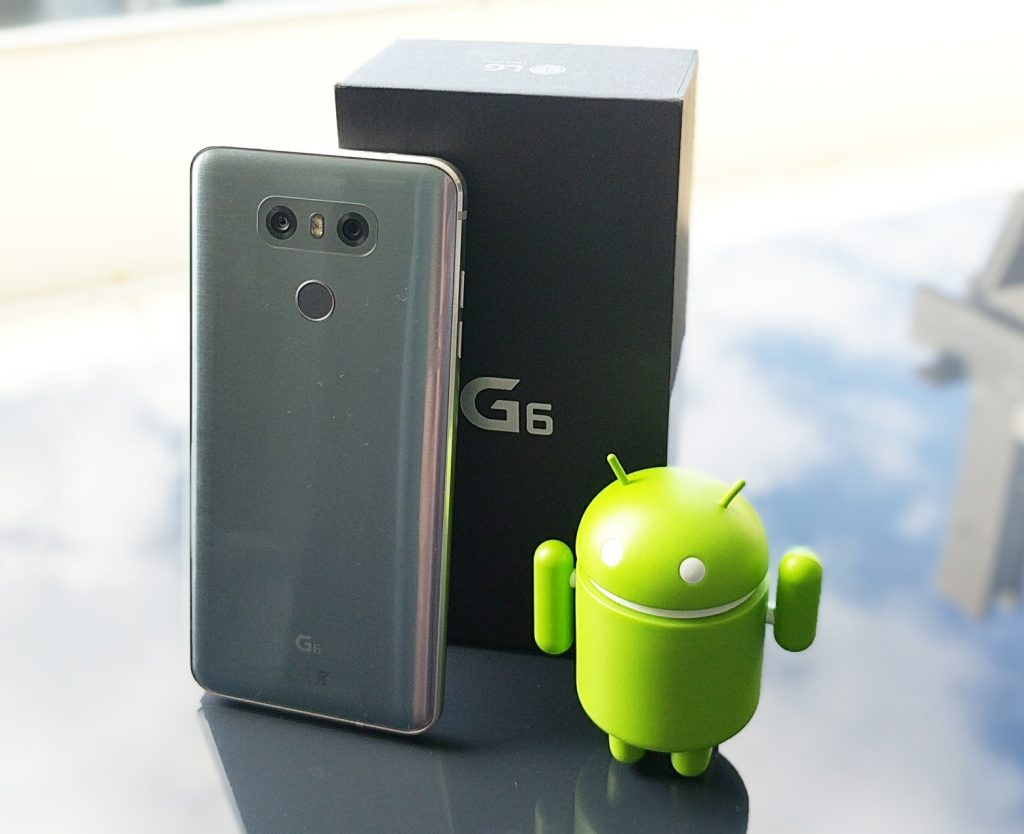 I really did not have any issues with the hardware in the first model, except for the storage. The LG G6 is meant to be a premium device, one that competes with the Google Pixel and the Samsung Galaxy S8. A premium device, in 2017, should have more than 32GB of storage onboard (of which around 20GB is available to the user). Sure it has a microSD slot but that is where the issues start occurring. This is why Google do not like SD cards- the experience can differ. SD cards can corrupt, they can wear out faster, and they can be of dubious quality.

LG should have put 64GB and 128GB on this phone if they want it to be considered in the same breath as the best in the business — because let’s face it, that’s what everyone else is doing.

On the re-review device, the ambient light sensor is as finicky as before. Huawei had it nailed just right on the Mate 9 and the Pixel is pretty good too. LG, not so much.

LG have done nothing to help their LCD display either without including any system tweaks that would allow the user to change how the colours on the display “look”. Huawei may have used an LCD display in the Mate 9 and P10 range, but at least they included tweaks to allow you to change the warmth and vibrancy of colours.

The camera before was good before but not great. Possibly better this time as I find more ways to use it. It still lacks the fancy gimmicky bells and whistles but you would be surprised how often a widescreen selfie is useful. It takes great pics but does not take advantage of the dual camera setup with many added features — widescreen is about it.

After using the LG G6 almost exclusively over at Google I/O there is one thing I noticed. The camera takes far too long to launch. Several times I was with Dan and we’d see something cool and while he was taking the picture with his Pixel I was still waiting for the G6 camera to load, even with using their double tap volume down button to launch the camera. I missed that Waymo self driving car next to our Uber — along with many other pictures while we were away.

Our transport for that afternoon

The double tap of the volume button also does not work if there is music playing at the same time. LG need to fix this and speed up the launch of the camera from the display-off state with a software update as it would make a world of difference to the overall experience.

As an aside — for those who do buy this phone, be very careful with your finger position when using the camera. The widescreen lens is very widescreen and as such can easily capture a fingertip in the corner of a picture. My cruise under the Golden Gate Bridge is an everlasting reminder of this.

I was fairly harsh in my review of the software on the LG G6. At first I felt bad, like maybe I was being too harsh, but I kept having the same experience over and over again. When the second G6 came along I was keen to see if my original experiences held up.

LG’s UX is still ugly and adds very little extra to the whole Android experience which is a disappointment but was not my main gripe with the software. My main gripe was the constant hanging of the OS, the reboots, the black screen (BSOD?), and the hanging of their stock apps.

The re-review unit didn’t start off well. Using a Sandisk Class 10, 64GB microSD card that I had previously used with a Huawei Mate 9, ZTE Blade V7 Pro, and a Huawei GR5 2017 the experience was woeful. Whenever the phone was accessing the SD card (which had been formatted by the G6 phone previously) the entire OS ground to a halt. This was when the reboots and major slowdowns occurred. Changing to a 16GB card I had resulted in much of the same. When it came to microSD cards, the third time was the charm. Using a 32GB card this time the experience was much more enjoyable.

This is the issue here though which cannot be ignored — the average person may attempt to use a microSD card with the G6 and how many of these are going to have the experience I did? Too many. LG should have just included more onboard storage and this whole entire experience could have been avoided. I know a lot of people like to use microSD cards but to me I cannot see why. The experience of a phone is far too subjective and is beyond the control of the manufacturer. Why would they put the experience their user gets in the hands of a microSD card? I think I’ve shown how finicky the G6 is with different microSD cards.

With the new phone I did not have the slowing down of stock apps that I experienced with the previous review device. I can only assume that the time I noticed the stock apps (such as the clock) slowing down, it could have been accessing music/podcasts that were stored on the microSD card.

The stock apps are still terrible. The launcher is still terrible with the default launcher not having an app drawer. The keyboard is still sub-par. As before both of these were improved by downloading SwiftKey and Nova launcher. LG, as do just about every other manufacturer out there, need to do something to improve this.

One issue that was still present was the occasional slow turning on of the display once the phone was unlocked using the fingerprint sensor. It didn’t take seconds but when you need to access something quickly a second can be too long. So, by slow I meant that it was not instantaneous. I could tell that it was some form of software slowdown as the always-on-display had disappeared (and the only time it disappears is when the phone is unlocking) and the display was totally black for a second or two. In the end this is not a deal breaker but another thing I think LG should be looking at improving with a future software upgrade.

While I am mentioning it, the always-on-display (AOD) is fantastic. I love being able to easily see when notifications there are at a particular time. Sure notification lights are great but with the AOD I could see what each of the multiple notifications are for. For example, as I write this there is one eBay notification, one email, and one Telegram message waiting (along with a do not disturb icon) — do that with a single notification light.

LG just need to take this a bit further and offer more granular control over what displays on the AOD and what doesn’t … and probably use an AMOLED display. LG G6 Would I recommend it now?

I have and would do it again — with some caveats with regards to the software theme and the microSD card issues. I would highly recommend getting the 64GB version from Harvey Norman over the Telstra 32GB version or have a few SD cards on hand to test out as you go.

The phone is not the greatest out there but the 18:9 ratio, the size of the display, the size of the phone make it a decent hardware experience. When it sits side by side with the Pixel you do wonder why HTC have to always have such large bezels.

This phone is aimed at the top of the market. It is priced in the Google Pixel and Samsung Galaxy S8 range. LG do not have the marketing budget of either of these two so will struggle to sell to that market. The phone itself is a decent one, all caveats included, and should be considered alongside the S8 and the Pixels. The price of the unlocked version is apparently fluctuating at JB Hi-Fi from $1099 to $1199 (currently sitting at $1149). That is a lot of money and I do struggle to recommend any phone for this much.

There is always the option to get the Telstra version on a contract that has only 32GB and no DAC. It’s not a choice that I would recommend unless someone really HAD to get a new phone contract. 32GB is nowhere near enough and the lack of DAC is a very strange choice that one suspects came down to saving a few dollars.

The one time I recommended it, it was for $600 second hand and he is very happy with it. If the price were to drop under a grand then I would say it is a great buy but at $1100+ it’s a tough sell. There just are not enough bells and whistles to entice users to pay that much for the phone.

So, all things considered my second experience with the LG G6 was far and away better than the first one. Sure there are still some things I did not like about it but what phone is perfect? Not even the Pixel can claim that in my opinion. The LG G6 is revolutionary in that it is the first 18:9 ratio display but I can’t help feeling that LG have missed a great opportunity to hit the ball out of the park.

Scott great review. I originally bought the 32gb version but took it back due to really poor CBD and Rural reception on phone calls and then buying the 64gb version outright, again I ended taking that back because of the same poor reception issues.

How have you found call quality and drop out etc…

i didn’t have any issue with calls where I used the phone. I was using it mostly in Heidelberg in melbourne. Overseas I used Telegram calling. In saying that I do not make a heap of phone calls but there always seemed to be decent enough reception with mine when I did either use it or check it