Samsung has today won something of a coup in the VR game adding the ability to stream their VR content from the headset to a Chromecast enabled TV.

According to Oculus, the company who powers the software side of Samsung’s Gear VR, users will be able to stream their virtual experience to their Chromecast enabled screen using the latest version of the Oculus mobile app. Once streaming, people watching can then see what you’re seeing and in some cases reacting to.

According to Oculus, Chromecasting from the Gear VR is easy:


All you need is the latest version of both the Oculus mobile app and Android. Just hit the Cast button, select your favorite nearby Cast-enabled device, and step inside Gear VR while your friends sit back and enjoy the ride. 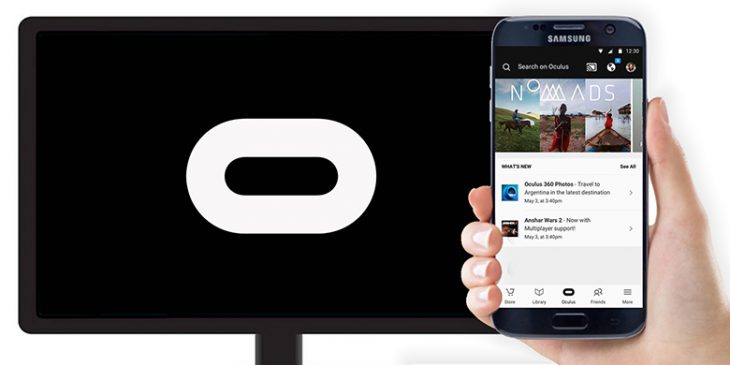 Google announced they would be bringing Chromecast support to Daydream as part of the Daydream 2.0 Euphrates update announced at Google I/O, but beyond ‘later this year’ there’s no clear timeline for when Daydream users will be able to Chromecast their experience. In the same update Google will also be allowing users to clip and share videos of their VR experience to share on social media, but at this stage Oculus hasn’t allowed this option.

If you’ve got a Gear Vr, it looks like Samsung and Oculus are moving forward quite aggressively in features and content, making this a pretty good headset to own. If you have a compatible Samsung phone and a Gear VR headset, ensure your app is up to date and then see what you think.