In the last couple of months we have reported on Samsung Pay slowly rolling out to various banks. Last month we saw it roll out to a few more select Citibank customers but the amount of users was still fairly small. This looks set to increase dramatically with a new partnership between Samsung and Cuscal, Australia’s leading independent provider of payment solutions.

Just as Samsung Pay is celebrating its first anniversary in Australia they have announced a partnership with Cuscal. Cuscal is a payment provider and it’s clients include 38 financial institutions in Australia including People’s Choice Credit Union, Credit Union Australia (CUA), and Teachers Mutual Bank.

Robert Bell, General Manager of Product & Service at Cuscal said: “We’re really pleased that our clients’ customers can now use Samsung Pay. Our aim is to allow all of our clients to offer their customers the newest and best payment options available, to help them compete with much larger players. With the addition of Samsung Pay we continue to fulfil this promise to them.” 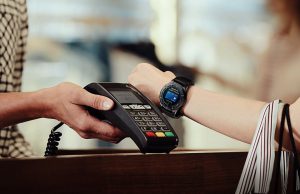 Samsung has now partnered with over 40 payment card brands and has over 100 different types of loyalty cards loaded onto Samsung Pay. Samsung Pay is Samsung’s version of Apple Pay and Android Pay. It is their secure and easy-to-use mobile payment service and is supported by quite a few Samsung devices including the Galaxy S8 and Galaxy S8+, Galaxy S7 edge, Galaxy S7, Galaxy S6 edge+, Galaxy Note 5, Galaxy S6 edge, Galaxy S6 active, Galaxy S6, Gear S2 (Beta – with NFC only), and the Gear S3.

Until recently Samsung Pay was only available of a limited number of banks but with this new addition many more Australians will be able to use it. Are you someone who uses mobile payments? Are you waiting for Samsung Pay (or Android Pay) to arrive at your banking institution?

Love being with a smaller bank. My cards are available on Apple Pay, Android Pay & now Samsung Pay.

Can I ask which bank you’re with? Thinking of changing as Commbank doesn’t have any plans except to keep pushing their existing broken proprietary tap and pay app.