A couple of weeks ago a user posted on Reddit that their Google Play Music had stopped working with their Android Auto system. This set off a volley of responses with others having the same issue. The good news is that Google knows about the issue, are working on it and in the meantime there is a workaround until they can fix what they broke.

The user on Reddit had the error “Google Play Music doesn’t seem to be working right now” appear but others are not seeing any error at all and GPM just does not play at all. A couple of us Ausdroiders have noticed this issue. For me the issue only appeared today and with me the music seems to be playing but there is no sound. Replugging the phone in does nothing. Killing the app does nothing. It just wasn’t working. 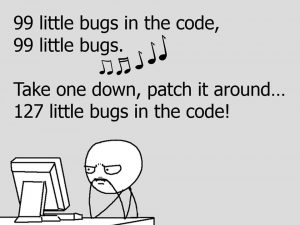 There is a thread for this bug over on the Android Auto User Community page where a Googler has responded with “we are looking into this issue”. In other words they have no idea what broke it but will endeavour to find it. Until then there is a fix.

Yes, as simple as that and while it is not ideal as you will probably have to do it while driving it is a fix that worked for me. After a reboot the music worked fine and did for a while. How long this reboot fixes the issue is unknown but if it happens again, you know what to do. If this is an issue for you reboot each time you get in the car and keep an eye on the Google product forums thread for a resolution.

A user on Android Police said that sideloading the GPM APK ripped from the latest Android O DP3 resolves the issue. It’s not meant to be a permanent fix but a workaround until Google gets things going on the primary version again.

I’ve done this myself. I’ve only had one opportunity to test it so far on a 1hr 45min road trip and things worked smoothly. I’ll be testing again on the way home tomorrow.

I’m just using the Android Auto app on my phone and having the same issue, so it’s not just for AA head units. A reboot seems to fix it for a short time, but within a few hours it’s back to “Google Play Music doesn’t seem to be working…” Galaxy S8 here

My wife has been getting errors with GPM on Android Auto in our Holden with a GS7 for about a week now. We’ll give the reboot trick a go when we’re next in the car.

This generally has been happening for me after I have been using play music on my Sonos. Not sure if it’s related but the only fix, as in the article, is a reboot.