Home News and Editorial Samsung have a preview of Bixby finally ready, for US users only Back when Samsung announced the Galaxy S8 and S8+ they made a big song and dance over their new AI called Bixby. It’s just like Samsung to try and make their own version of something so they can lock people into their own ecosystem. They went one giant step further and put a button on the side of the Galaxy S8 dedicated for Bixby.

As we now know that button was able to be remapped at first, with Samsung chasing the “hackers” trying to block them accessing this button and make it actually useful. One of the reasons people wanted to remap it was because Bixby was nowhere to be seen. Yes, that’s right Samsung released a product with a dedicated hardware button to launch a proprietary piece of software that was not present in it’s final form only an extremely watered down version.

Finally, nearly three months after the phone was announced, and two after it’s release to the world Bixby is being offered to some. Announced via their Samsung US PR site, Samsung US has announced that Galaxy S8 and S8+ users can sign up to get a “sneak preview” of Bixby’s voice capabilities. The new update to Bixby allows you to use the voice assistant to navigate through your phone’s apps, services and settings with various voice commands and touch.

Samsung have high hopes and big plans for their Bixby AI with Injong Rhee, CTO and Head of R&D, Software and Services, Samsung Mobile stating that “We see Bixby as an intelligent interface for your phone — an integral part of our connected ecosystem. From phones, to televisions, to refrigerators, we think that Bixby will provide users with a simpler, more intuitive way to control their favorite devices, and live a more connected life.” 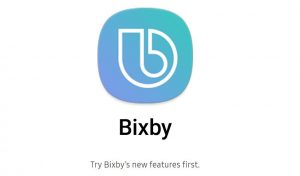 To get onboard users need to sign up at the Bixby Early Access website using their Samsung account. At this stage it seems to only be open to US customers and it seems to be basically an early beta for Samsung to test it out in the wild. Considering this we don’t expect it to be available to the US public for another month or two.

When Bixby was announced there was no mention of it’s availability in Australia and although Samsung have confirmed it will come here we have not been given a time frame. Given that the US will be unlikely to see it within the next couple of months it could take quite a few months to roll out to other parts of the world. So yes, you will continue to have a nearly useless button on your phone for quite a while yet.

Samsung should let users map the Bixby button to whatever they want until they have a fully functional Bixby available. It is a massive oversight by them to release a phone with a gimped button but we don’t expect them to admit that anytime soon.