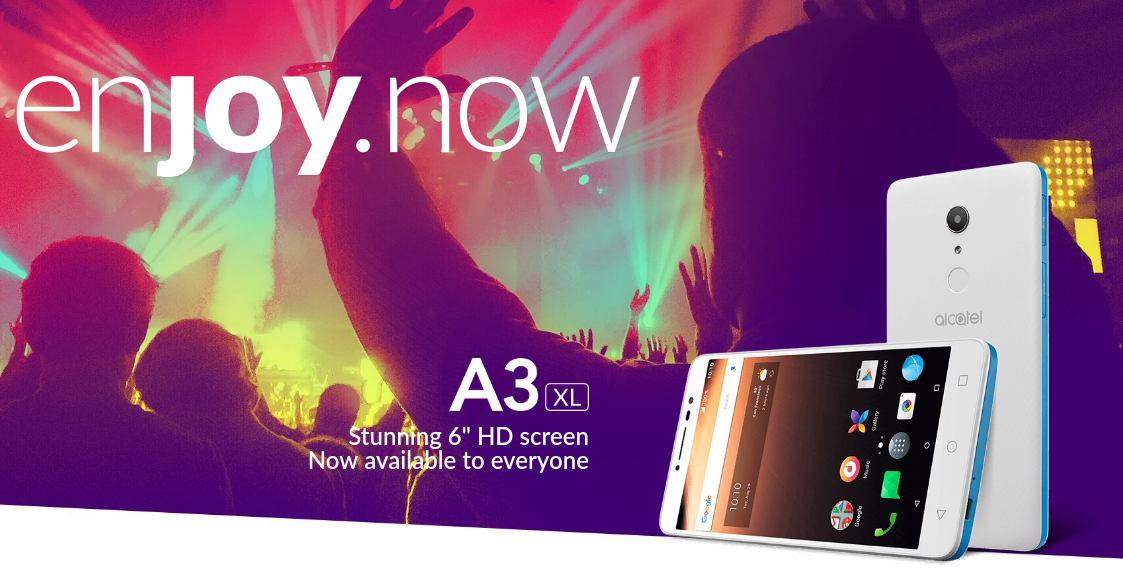 I’ve been reviewing Android phones since the very first one, HTC Dream in 2009. Back in the early days of Android, budget priced phones had a lot of compromises and pretty poor performance so if you didn’t have much money to spend you got a phone experience that was not fun at all.

Fast forward to today and the Alcatel A3 XL offers adequate features for day to day basic phone use, as well as a few pleasant surprises like a large 6″ 720P IPS LCD inch screen, 4G CAT 4 capability to download at up to 150mbit and a fingerprint reader which allows easy unlocking.

David Vieira, Product & Marketing Director at Alcatel Mobile describes their mission as making “smartphones more affordable, accessible and fun for people everywhere. We’ve done that with the Alcatel A3 XL – it’s a compelling option for anyone seeking a fully featured device, without blowing a hole in their budget. The added extra security fingerprint feature, expected in higher end mobile devices, provides added security and peace-of-mind”.

Packaging, Hardware and What’s Inside

As you can see from the photos viewing from all sides, the A3 XL has a simple design with a silver back and black front. The dimensions at 165 x 82.5 x 8.25mm are not dissimilar from other 6 inch phablet phones, just a tiny bit thicker.

At the top is a headphone jack, at right a slot for micro SD cards up to 32GB as well as volume rocker and power button, at the bottom there’s a micro USB port and at top left there’s a slot for a single Micro SIM card.

At the back you’ll find the rear mounted 8 megapixel camera with flash, a fingerprint reader below it and towards the bottom of the back a speaker for playing music. At the front, bottom there are standard Android hardware capacitive buttons, moving up there’s a 720P 6″ IPS LCD screen and at the top a phone speaker with selfie camera and associated flash on either side.

I found that I needed to manually change screen brightness when I moved from dark to bright areas because the automatic setting took too long to change.

Finger print reader placement on the back or front of a phone is a personal choice. I prefer front because I kept triggering the back fingerprint reader when I put my hand in my pocket on cold winter days.

The A3 XL provides decent sound clarity, including at higher volumes, with speakers enhanced by Arkamys, a company who provides audio improvement support for mobile companies. Obviously these aren’t as good as a flagship smartphone but certainly not terrible audio quality.

The A3 XL has a f/2.0 8MP Rear camera and f/2.8 5MP front camera, both with Flash. If taken with care and in good light it’s possible to take decent photos. However the phone struggles at night and with fast moving objects, which is not surprising at this price point.

Apart from the Japanese Maple leaves, the photos below were taken at The Grounds of Alexandria, a trendy Sydney location which I live nearby.

As you can see the A3 XL does a decent job at capturing people, gardens, animals and flowers.

Sometimes I had to take a shot twice because the camera had overexposed and blown out the highlights.

The pink flowers below were taken with HDR off at left and HDR on at right. HDR does a good job at bringing out the details evenly in scenes which have dark shadows as well as bright areas. However you shouldn’t leave HDR on all the time with the A3 XL as it only works well for scenes that are perfectly still.

The A3 XL runs close to the stock Android 7.0. we have been advised that security updates will be available for at least a year, an upgrade to Android 7.1 is possible but not guaranteed and an upgrade to 8.0 will not occur.

Vodafone and Alcatel have restrained themselves and not added lots of useless bloatware. SwiftKey keyboard is a great inclusion. In some other regions Alcatel uses Touchpal keyboard by default, which has ad popups occasionally.

The only additional apps are: Vodafone usage and recharging, an Alcatel photo gallery app, Phone Guard which includes Intel Antivirus, FM Radio app, Swiftkey keyboard, Touchpal Keyboard and Xender File Transfer. Ignore the other non-standard apps in the screenshot, they were being auto-restored and installed from my previous phone.

As you can see the Android settings and menus are quite standard, which we approve of. The Android security patch level is 5th April 2017 which is relatively recent, hopefully Alcatel continue to provide security patches as promised.

I’ve never seen a feature in Android phones which makes them turn fully on/off automatically at user set times. My colleagues Dan & Scott say that this has been a feature in a number of Asian market handsets for a while, Aspera, Alcatel, ZTE etc. The Alcatel A3 XL worked reliably as a wakeup alarm while I was testing it and shutdown reliably at the night time I had set.

Nokia Symbian OS phones could act as an alarm clock by turning themselves on from a fully off state, so I used them as alarm clocks for years after I switched to Android phones in 2009. In my opinion this should be in all Android phones as part of the base OS. It’s way better than leaving your phone on Airplane mode all night, as some people do to use it as a wakeup alarm.

This is not a very powerful combination so some lag is inevitable during all phone tasks.

Thankfully Alcatel has chosen to use an almost stock implementation of Android 7.0 Nougat which means the phone isn’t slowed down by a custom skin.

The A3 XL’s 3000mAh battery capacity is very good for a budget phone. Whether it lasts all day depends on how heavy a user you are. My usage showed that light to medium users should easily be able to last from dawn to dusk. Heavy use of downloading / uploading or having the screen on a bright level for a long time will mean the phone will be flat by mid afternoon.

Make sure you charge your phone overnight, or trickle charge it from a computer while at work because at a recharging rate of about 1% per minute, it takes over three hours to fully charge from being flat.

With Cat 4 LTE the A3 XL is capable of 4G downloads at up to 150Mbps. In real life the speeds I experienced using a Vodafone prepaid SIM varied a lot up to a maximum of 62.4Mbps down/25.6Mbps up. Speeds were only frustratingly slow in areas where there was weak Vodafone coverage, which isn’t the phones fault. Call quality was fine indoors and outdoors.

When connected to WiFi the A3 XL can only see WiFi networks that operate at 2.4GHz and connect at up to 65Mbps. Using my 100/40 NBN connection the A3 XL managed Wi-Fi speeds up to 50Mbps down/32.3Mbps up which is quite adequate for any home use.

Bluetooth functionality worked fine while I listened to music from YouTube Red and Google play music pairing the A3 XL with a Logitech UE Boom 2 portable speaker or a Plantronics 505 Bluetooth set of headphones.

The bottom facing micro USB port is available for data transfer to and from a computer. It’s not realistic to expect USB-C at this price point – at least not yet, but the future will bring this as USB Type C becomes more prevalent.

So, should you buy the Alcatel A3 XL?

When considering the price point we give a thumbs up to Alcatel for beating similarly priced phones in the Australian market like the LG K4 that offer lower end specs than the Alcatel A3 XL.

Sure it’s not a high resolution speed demon but for the market of price conscious value seeking buyers like teenagers on retail/hospitality youth wage or the growing elderly portion of the population who simply want a phone to call text and surf the web with, the A3 XL ticks quite a few boxes at an affordable price.

Of course this phone doesn’t match the hardware and software features of current mobile flagships like the Samsung Galaxy S8, bear in mind that you could buy 6 Alcatel A3 XL’s for the price of one of those.

My view is that for $179 including $30 credit the Alcatel A3 XL offers quite good value including an almost stock version of Android. It’s far better than the budget Android phones I remember reviewing 5 or 6 years ago.

The Alcatel A3 XL is available exclusively in Australia from Vodafone stores and Vodafone partner retailers. Initial pricing is $179 including $30 credit. 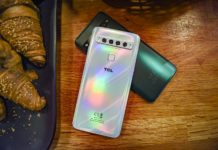