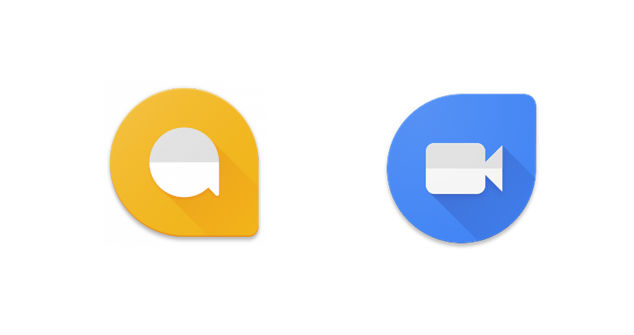 Integration between Google’s messaging and video services, Allo and Duo, is seeing a big improvement today with Duo video calls now able to be launched from Allo.

The announcement was made by Head of Product for Google Allo and Duo, Amit Fulay overnight saying:

New version of Allo launching today ..you can now start a Duo call right from your chat. #GoogleAllo #GoogleDuo

So. How does it work? Well, in an Allo chat, you’ll now see the Duo Icon up in the top right hand corner next to the avatar of the person you’re speaking to. If that person doesn’t have the app installed, you’ll be notified that they don’t and offered the option to invite them to use Duo or not. If you choose to invite them they’ll be sent a push notification to download Duo with a link to the app.

The inclusion of intents between apps has been promised for some time, so we’ll likely see the option to chat in Allo from Duo being launched soon.

If that’s not enough, according to Mr Fulay, you can also annotate your photos with stickers now! This works the same as the standard markup for pictures letting you simply add stickers from sticker packs you’ve added, as well as adding the usual markup.

Allo still probably isn’t worth downloading as your main messaging platform, but after months of sticker pack additions we’re finally seeing a meaningful update. There’s plenty of other updates we’d like to see, multi device support, web or desktop client, but this is a decent start. I use Duo a lot when travelling, so it’s good to see a positive update linking the two apps, now if only Allo got more useful.

Hisense Australia TV’s running Vidaa U3, U4 and U5 get exclusive NRL TV catchup app