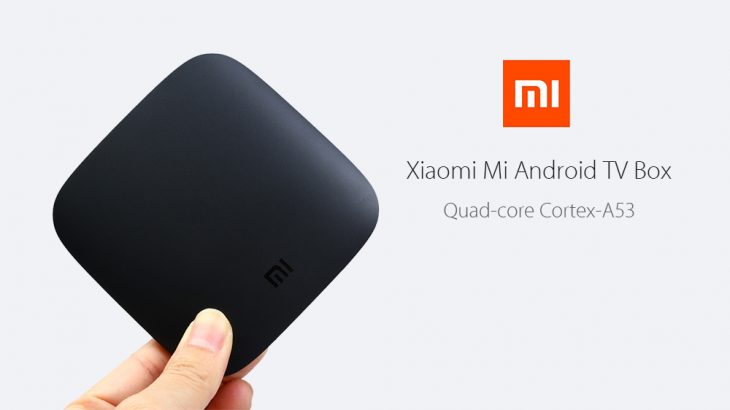 Android TV is gaining momentum and if you haven’t jumped on board yet, then here’s your chance with a deal on the Android TV running Xiaomi Mi Box.

GearBest is running the sale, with the Mi Box discounted from the usual price of $91.05AUD to $74.22 with the use of the code ‘FTMiBox‘.

The Mi Box is an official Android TV device, announced at Google I/O last year. Our newest writer, Neerav, has imported one previously (for a little more than this deal) and has written his thoughts about it here. Overall, it seems like a good device, with support for most Android TV apps..

Android TV includes a Chromecast receiver to allow you to cast from any Chromecast enabled app, and the Mi Box also has the distinction of being able to support 4K streams. Want the full specs? Here you go:

It’s a pretty good deal, with shipping included in the price, though you can expedite that if you want. It’s likely you’ll need a power adapter for it once it arrives, but that’s an easy problem to solve.

Note: The links to GearBest are affiliate links which help to support the running of Ausdroid. You pay no extra, and GearBest sling us a dollar or two for the link.

Android support lacking though. Nougat upgrade was promised but not eventuated apart from a beta. Shouldn’t you guys be noting that??

Latest and the greatest OS doesn’t really matter that much on a *Media Player*. All the apps I want to use on my Mi Box 3 work fine on the current OS, namely Kodi and the plugins.

Fyi Kodi works extremely well on the Mi Box 3, I use it as an alternate way to watch ABC, SBS and PBS shows

Have you even used the mi box?!?!? Obviously not…It supports Kodi 100% and works great. It’s available in the app store for Android tv.

Just going on the trip to serve reviews on GearBest.

Thanks for mentioning that Kodi won’t work on it as I was tempted up until that point. Neerav’s review advisers you could install Kodi on it so perhaps that should be updated. I wonder why it doesn’t work?

Comment above says otherwise. I don’t have a Mi Box, so unable to confirm but it seems that maybe you can.

MiBox 3 owner checking in, it’s the USA model sold at Walmart, but Kodi works flawlessly on it!

Kodi definitely works on Mi Box. It’s one of the main reasons for buying a Mi Box instead of Chromecast

Can also confirm that Kodi works perfectly on this device and was incredibly easy to install using the voice recognition built into the remote control.