There has been some interesting developments as of late in the custom launcher scene. Today Aussie developer and friend of Ausdroid Chris Lacy has dropped the latest update to Action Launcher.

The updated brings a host of new features and bug fixes as well as a new look as the Action Launcher Logo gets an update too. Chris said this about the new logo when introducing it in his blog post:

Action Launcher is preparing for the world of Adaptive Icons and post-Lollipop era material design with a brand new look that encapsulates the Action Launcher of today and tomorrow: 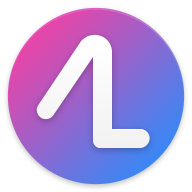 Chris has also brought the latest Pixel Launcher features to Action Launcher for free where in previous iterations of the app, it was a paid option. What you’re getting includes:

This is very much just scratching the surface of the update when you look at the change log on the Blog Post. There’s a huge list of new functions, improved functionality as well as bug fixes included in this update. Clearly there’s been considerable effort put in and so far (I’ve only updated an hour ago) I’m seeing not only some performance improvements on my tablet, but also liking the visual changes and workflow improvements.

If you want to read about all of the improvements, and there are quite a few, head over to Chris’ blog post to check them out. If you’re an Action Launcher users, then you’ll find that the update is ready and waiting for you on the Play Store.

What further functions would you like to see introduced to Action Launcher in future updates?