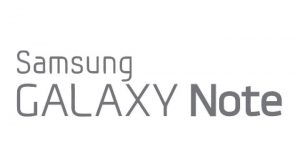 Samsung have made a decent comeback with the Galaxy S8 after the fiasco of the Note 7. The comeback won’t be complete until they successfully launch the Galaxy Note 8. Today over at VentureBeat Evan Blass has spilled the beans on some interesting info regarding the Galaxy Note 8 that may affect it’s success.

According to Evan’s source, Samsung is telling their partners that the Galaxy Note 8 will be announced in the second half of September, going on sale not long after. The price it will go on sale for will make it Samsung’s most expensive phone ever. It is expected to start at €999 which, when you consider the Galaxy S8+ is priced at €899 in Europe and $1350AU here, makes the Note 8 fit into around the $1500AU mark.

The bump in price is explained away by the fact that the specs are a bump up from the specs of the already impressive-on-paper S8 and S8 Plus. Not only will it come with the same processor variants as the S8 varieties, but the Note 8 is expected to have 6GB of RAM and an 18.5:9 ratio 6.3in edge-to-edge display.

The Galaxy Note 8 will also apparently have dual rear cameras with each sensor being 12MP and independent optical image stabilisation for each lens. The lenses are apparently situated horizontally, to the left of the flash and heart rate sensor with the fingerprint sensor to the right of it — sounds crowded.

After last year’s mishap Samsung have opted for a 3300mAh battery and it is no surprise they are playing it safe here. The S Pen capabilities are improved as well as DeX compatibility included. The phone will be available in black, blue and gold colours.

Are Samsung pricing themselves out of the range of most people? Or do we just have to accept that this is what it costs to buy a top of the line smart phone in 2017? Would you buy one?

Relax y’all. The cost of the Samsung Galaxy S8+ RRP AU$1,349, but you can grey import it for under AU$900 on eBay DWI with 10% discount sale or from Shopping Square for AU$880 with 20% discount. This will happen with the Note 8 also within a few weeks of it being released, no need to freak out about the price people, this happens every year!!!

It’s a fair wack of coin , but look at it in context of some other pricey brands on sale in oz , the premium apple phone from memory is 1500 + , the premium pixel model which is still a fairly no frills device is i think still 1400 odd .
Out of those three devices i know which one id be more accepting of an exorbitant price tag and I’ll give you a hint is not the iphone or the pixel .

I have to say i’ve been fairly disappointed with the S8+. Just a few key annoyances that destroy the experience for me on a day to day level. Doubt I would go for another Samsung phone.

interesting. care to elaborate? (not the first time I’ve heard this)

The price of flagship phones in Australia is getting ridiculous, where will it end.

Got to agree with you Shannon. $AUS1500 for a phone is ridiculous unless it has game changing features.

Especially if you only get a year or two of updates.

Speaking of updates , i just got a 230 mb update on my 2014 note 4 , fairly surprising but I’m happy my old note is still getting them.

That is a very high price but probably not the most expensive phone we have seen in Australia. I am fairly sure at least back when mobiles were a new thing they were often that price if not more but that is maybe 30 years ago. So in relative terms that is still cheap especially when you consider what it can actually do.
That said there is no way I would pay that much for a phone as they just do not last long enough I think to get its value back.