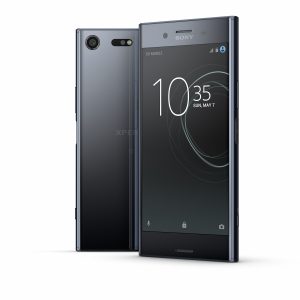 After announcing the Sony Xperia XZ Premium in Australia last month, Telstra has today revealed their full plan line-up as well as outright pricing for the phone.

The Sony Xperia XZ Premium will be available from all carriers in Australia, but today we’re seeing Telstra’s pricing and plans. Telstra has also certified the Xperia XZ Premium with the coveted Blue Tick, which ‘delivers superior coverage in rural and regional Australia’. The Xperia XZ Premium is also capable of super-fast 1Gbps download speeds on the Telstra 4GX network, though you’ll only get those speeds within a 1km radius from the centre of the CBD areas in Sydney, Melbourne, and Brisbane, elsewhere you’ll see between 5Mbps to 300Mbps, which is still very good.

Telstra will also sell you the phone outright if you’re not interested in purchasing on a plan for $1,056, however phone’s purchased from Telstra will be loaded with their firmware and you’ll be waiting on Telstra to test and approve updates.

The Xperia XZ Premium is the flagship handset for Sony, featuring a 4K HDR (High Dynamic Range, 2160 x 3840) 5.5” display and a 19MP rear Motion Eye camera, which adds RAM in the sensor with in-built super slow-mo camera capable of capturing 960fps in 720p resolution. The phone is powered by a Snapdragon 835 SoC with 4GB of RAM and comes with 4GB of storage. Sony has also again had the XZ Premium IP65/68 certified, so your phone will survive those little accidents you come across.

The Motion Eye camera is extremely attractive, with decent shots and the super slow-mo capture is a heap of fun adding a new element to your videos.

The specs and features are there, and from my early thoughts on the phone, this is one of the best performing Sony handsets I’ve ever touched. If you’re in the market for a new phone, the XZ Premium is a good one to look at, so check it out on Telstra.

Telstra or unlocked its an interesting choice. Telstra now have the blue tick, VOIP and Voice over WiFi on some handsets but poor reputation for IOS and security updates. Is the trade off worth it i.e better functionality and call quality in poor reception areas versus speedy updates?

Why isn’t Telstra selling the HTC U11?