Unlike most other manufacturers this year decided not to put a dual rear camera in their flagship phone, the Galaxy S8. Last week we saw some Galaxy Note 8 case renders leak showing the presence of a dual rear camera. Today we have seen confirmation of this with the leak of press renders of the phone itself.

Originating from the Facebook page from the Editor-in-Chief of a Vietnamese news and media site the leak shows the front and back of the Galaxy Note 8 as well as a closeup of the dual camera. 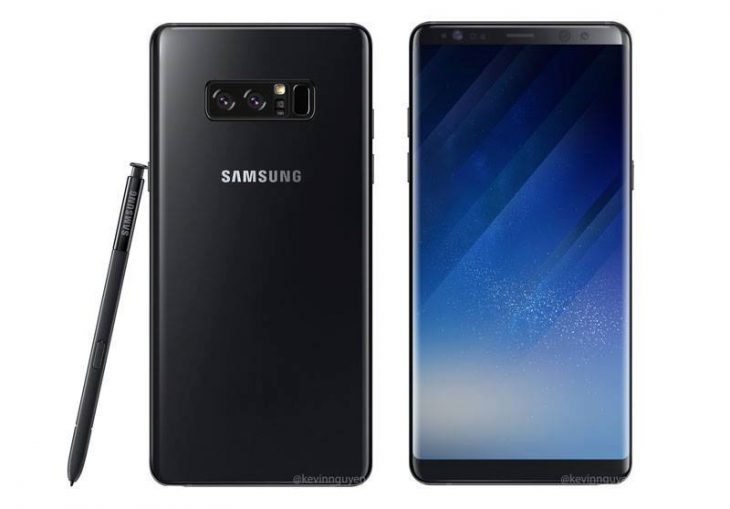 Looking at the image above we can see the dual camera, separated from the fingerprint sensor by the flash and heart rate sensor. This is a welcome location change from that of the Galaxy S8 where the heart rate sensor location has been criticised for being too close to the camera lens. Of course from the images it is difficult to ascertain how Samsung intend to implement the dual camera, with some implementations by some manufacturers being more successful than others.

In the image we also see the same Infinity Display of the Galaxy S8 models, obviously this time in a bigger device. The display, rounded on both sides, is expected to be around 6.3″ in size, with the WQHD resolution of the smaller S series phones.

Of note is the lack of the Bixby button — the near-useless hardware button that was included on the Galaxy S8 phones. For Samsung to not include a Bixby button means that they are possibly either admitting that Bixby is still not ready for the big time, they have found a different way to trigger Bixby (“OK Bixby“?), or have decided that yes it was a really bad idea to map a hardware button to an assistant that is still in beta form. One thing for sure is that the button will not be missed one iota.

What are your thoughts on this render? Do you like the idea of a dual rear camera? What extra functionality would you like it to bring? Will you miss the Bixby button?