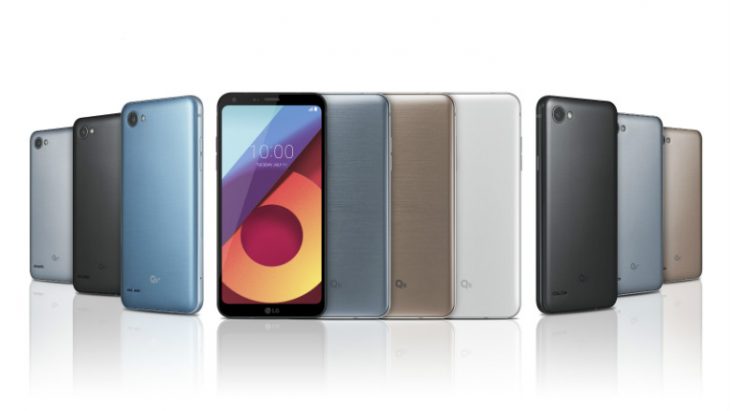 After details of the LG Q6 started leaking this morning, LG has gone ahead and announced the phone starting a new ‘Q series’ of LG devices in the process.

The Q6 is the first in the LG ‘Q Series’ line of phones, which LG says will be ‘mid-range smartphones boasting the essential features of LG premium phones at exceptional price points’. The notable feature being launched on the Q6 series, is the Full Vision 5.5″ FHD+ (2160 x 1080 resolution) FullVision display which is in the same 18:9 aspect ratio from the LG G6.

Specs for the phone include:

LG will be launching the phone in a variety of colours, that will be available in selected markets:

LG has brought their design nous to the LG Q6, with no camera bump marring the lines of the LG Q6. LG says this model is also easy to hold with rounded corners matching the curves of the display.

The Q6 has some great software features as well, including launching with Nougat as well as Google Assistant, just like the G6. LG has brought some of the software features from their LGUX 6.0 including the Square Camera feature that takes advantage of the 18:9 aspect ratio of the FullVision display, placing live view and preview right next to each other to allow for some neat camera effects. You’ll also find the new Face Recognition feature on the Q6, which LG says is ‘faster and with less hassle than other facial recognition technologies currently available’.

According to LG, the Q6 will go on sale in Asia next month before rolling out to Europe, Latin America and North America, what this means for Australia isn’t clear but we’ve asked LG Australia for any information they want to share.