Home News and Editorial Samsung blocks the remapping of the Bixby button again and the next...

In the never ending cat and mouse battle between Samsung and their end users, an update for the Galaxy S8 blocked the remapping of the Bixby button, but today the button can now be remapped thanks to active developers.

“Sorry Samsung, but a dedicated Bixby button is just a really shit idea” is one of the greatest headings I have seen here at Ausdroid. Nail. Head. Hit. To release a flagship device with a button that does effectively nothing is inexcusable, especially for a company trying to win back the favour of customers burned by the Note 7 fiasco.

When the Galaxy S8 and S8 Plus was announced there was a lot of fanfare surrounding Samsung’s new digital assistant, Bixby. Unfortunately when the phone was released a few weeks later it was nowhere to be found; but the button was still there (hard to make that disappear). Luckily there were some enterprising developers that made the Bixby button useful by allowing it to be remapped to any other function. Since then it has been a cat and mouse game between Samsung and the developers with Samsung obviously objecting to the remapping of their useless button.

The latest update was yesterday in the States where Samsung once again blocked the remapping of their nugatory button. For some reason Samsung seem to insist on people using this button for Bixby only, even though Bixby is next to useless for most people.

Now less than 24 hours later developers have once again circumvented Samsung’s latest insistence on the use of their purposeless button. Using a “compatibility mode” the developers are able to remap the Bixby button once again. At this stage the workaround is built into bxActions – Bixby Button Remapper and Custom Bixby Button (S8 / S8+) but we expect it to land in every single Bixby button remapper app in the near future.

One day Samsung may see the futility of continuing this fight and will actually allow their customers to have what they want. Unlikely though but we can certainly dream. It does make me wonder if there will be a Bixby button on the Note 8, especially considering it will unlikely be available here within the next six months at least.

Do you own a Galaxy S8 or S8+? Have you remapped the Bixby button? Do you use the Bixby button at all or have you just disabled the action for that button rendering it dead? 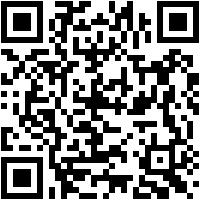 I’ve also used the Package Disabler Pro, and I appreciated the ridiculousness of paying money to REMOVE a feature of my phone. A button re-mapper didn’t work for me – it turned on the flashlight AND activated Bixby.

I’ve simply gone with Package Disabler Pro (as suggested by Chris in comments on his article) and it’s super-relaxing having the button do *nothing*. I had it launching flashlight for a bit, but then I got worried about accidentally triggering it in my pocket and walking around glowing in my pants 😉

Been using Bixby for almost every time. This is fine. galaxy Note 8 should be better than this.

Oh Samsujng. When will you ever learn?