Home News and Editorial Android Pay is one year old today – how is it going? It’s been exactly 12 months to the day that Android Pay launched in Australia with 28 banks and financial institutions on board. There’s been movement since then, but how is it going?

Android Pay is a digital payments system from Google which works on Android devices with a Near Field Communication (NFC) chip inside and are running Android 4.4 and above. Recently it’s expanded to include Android Wear devices with an NFC chip inside, but at this stage none are available in Australia.

Android Pay works using NFC, which effectively allows it to be used at any NFC enabled EFTPOS terminal – of which there are more than 100,000 available in Australia.

Transactions under $100 can be made using a simple tap of your phone to an NFC enabled terminal at your local store, but for transactions over $100 verification in the form of entering your Personal Identification Number (PIN) is required.

You can also use Android Pay in apps, with a wide range of Australian and international apps now offering Android Pay as a payment method, with more on the way. 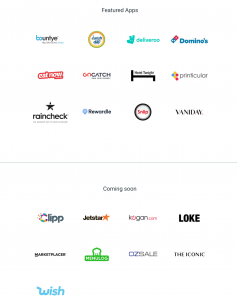 In Australia, there are two main competitors for Android Pay: Samsung Pay and Apple Pay. Each bank has seemingly got their own tap & pay solution using their own app on Android, but only Google offers a solution that works on any NFC enabled Android phone. Most of the banks had previously launched tap & pay solutions, but some, like NAB and St George support only Samsung phones, though NAB has relaxed this requirement of late. St George though, is still working on it.

So, how is the competition going?

Samsung Pay is a big competitor to Android Pay in Australia, though it’s limited in availability to Samsung Galaxy handsets, and only higher end Galaxy devices at that.

Samsung Pay has 38 financial institutions, including AMEX, Westpac, Citi Bank and a host of Cuscal backed partners offering support for Samsung Pay, making it quite attractive…if you have a compatible Galaxy handset.

Samsung Pay offers one advantage over Android Pay, and even Apple Pay in that for the majority of the devices compatible it’s not just reliant on NFC. Samsung Pay allows user to use Magnetic Secure Transmission (MST) a technology that lets you use older, non-NFC enabled terminals. But then we still run into the having to have a Samsung handset to run the service barrier again and even though Samsung are possibly one of the most popular handsets in Australia, they’re still not used by everyone.

According to the latest statistics from Kantar World Panel, last quarter Apple enjoyed a 38.4% market share in Australia. With that many users Apple Pay is a force to be reckoned with. Apple Pay has 50 financial institutions offer support for Apple Pay including a host of Cuscal backed banks and credit unions.

Apple has one large barrier to more banks signing on though. A number of hold out institutions including Bendigo Bank, Westpac and Adelaide Bank want access to the NFC secure element on Apple devices in order to launch their own Tap & Pay or digital wallet solutions on Apple devices as they have done previously on Android. The larger banks have attempted to form a consortium to negotiate with Apple to this effect, a move that the ACCC has squashed.

In response to attempts by the Australian banks to gain access to the NFC secure element and launch their own digital wallet solutions complete with Tap & Pay, Apple says that this is a security issue. As usual, it comes down to this is Apple’s walled garden, and like it or not, they do get to say what happens in that garden.

As it stands, Apple Pay is a very good solution with great customer feedback from those who’ve used it, with the exception of constant demands from users wanting their banks to support the service – sounds just like potential Android Pay users.

Over the past 12 months, Google has added new partners for Android Pay fairly regularly, moving from 28 institutions initially to a total of 47 partners now on-board.

Of the ‘big four’ banks in Australia, Westpac and ANZ bank offer their customers the option to use Android Pay. ANZ was on-board from the get-go, with ANZ Chief Executive Officer Shayne Elliott saying at the Android Pay launch last year:

Being the first major bank in Australia able to offer Android Pay is another important milestone for ANZ as we work to build the best digital bank for our customers. Given Android is the most popular smart phone operating system in Australia, we know today’s announcement will be well received by both our retail and merchant customers.

Larger institutions such as Bendigo Bank, ING Direct, Bankwest and many smaller institutions have come on-board over the last 12 months, and most recently, Police Credit Union are now on-board but there’s still quite a few partners we’d like to see.

Of the remaining two ‘big four’, the National Australia Bank (NAB) and the Commonwealth Bank are still holding out. There are rumblings that NAB is launching Android Pay support soon, but a month later, we’re still waiting and Commonwealth Bank has shown no interest in moving beyond their own tap & pay solution.

In response to a query when they will support Android Pay, NAB said:

Sorry Daniel, no update on this – Keep checking our social channels for any updates ^AR

thanks for your query. Unfortunately, we are still working on a contactless payment solution for St. George Bank customers with an Android device. We are very sorry for the inconvenience this news may cause you.

At this stage, St George only offers tap & pay for customers using Samsung devices. Fellow Westpac subsidiaries Bank SA and Bank of Melbourne aren’t saying much either on their Twitter feeds, so we’ll take it there’s no good news here either.

When Android Pay was tested out, we had a large number of banks listed as coming on board, but there’s a few on the list beyond the big ones who’ve yet to materialise. These banks include :

Another holdout is EFTPOS, who is still listed on the Australian Android Pay website as ‘Coming Soon’, but that’s still quiet so we’re waiting on that one as well.

We’ve seen Google getting behind the push to get users onto Android Pay with in-store promotions at Coles with Fly Buys promotions over the last year. Google has been signing up more retail partners such as the Woolworths Group, so we will likely be seeing more promotions for Android Pay featuring perhaps Everyday Rewards, Woolworths own in-house rewards system.

There’s plenty of partners listed though, with several pizza chains, coffee and snack chains and more listed on the Android Pay site. I’d love to get a free donut with a coffee from Donut King or Garlic Bread with my next Quattro Salumi from Crust when I pay with Android Pay.

There’s a number of these companies that offer Android Pay support in their apps as well, like Catch of the Day, Deliveroo and more. These companies too could be on-board with promotions at some stage perhaps offering free delivery with an order paid for with Android Pay maybe. There’s nothing like this going at the moment, but we can hope. You can check out a range of apps that include Android Pay as payment method in Google Play, and some may surprise you.

There’s a lot to look forward to with Android Pay, it’s a good service, but slow adoption by some banks are really letting their customers down by forcing them to use their own, sometimes limited, tap & pay solutions. We can’t wait to see what the next 12 months brings for Android Pay.

Hi Daniel. Small correction on nab’s digital wallet. It actually supports nfc payments on nearly all android handsets with OS > Jelly Bean. I’ve been using it in my Xperia X Performance and my wife’s xperia z3 compact.
Still waiting on Android Pay though….

Yep, which is why I added this: “though NAB has relaxed this requirement of late” after saying that it was Samsung Exclusive.

Thanks, was trying to find an accurate stat, but all I could find was 2015 info. Cheers.

The issue of stragglers could be solved with the PayPal integration that the US has seen.

I’ve been waiting for AMP Bank to come onto Android Pay, but they already had tap-to-pay built into their app before Android Pay was released.

Yeah I got excited when they announced that. Then I realised it was US only.. how silly of me.

Now even easier for me – I can tap my LG Urbane 2ndEd watch to pay, works very well.

Nexus 5X, Bendigo Bank Debit Mastercard and Android Pay. Works a treat, tap’ngo everywhere. I also added store cards for Woolworths and Coles. My Woolies would not scan at first but then my local got updated self serve checkouts and it works fine. At Coles in the self serve checkout I have to use the side scanner to scan my FlyBuys but it also works fine. Stocard does not work any better or worse for store cards. I rarely carry cash and all that I need now is for Vic Police to accept electronic driver’s licenses.