San Diego Comic Con SDCC kicks off next week, and Andrew Bell is headed to the convention with a stand full of products including a new release summer collectible, and a new release Andy limited edition.

The Summer figure is Watermelon, because who doesn’t like eating some delicious, juicy watermelon in summer (me, that’s how). The Summer Watermelon collectible features a ‘translucent faded melon body and rind head’. Andrew says that they will have limited quantities on (sticky) hand for $10 each. The good news is that for those not headed to SDCC, you’ll still be able to grab one of these from the Dead Zebra Android shop in late July. 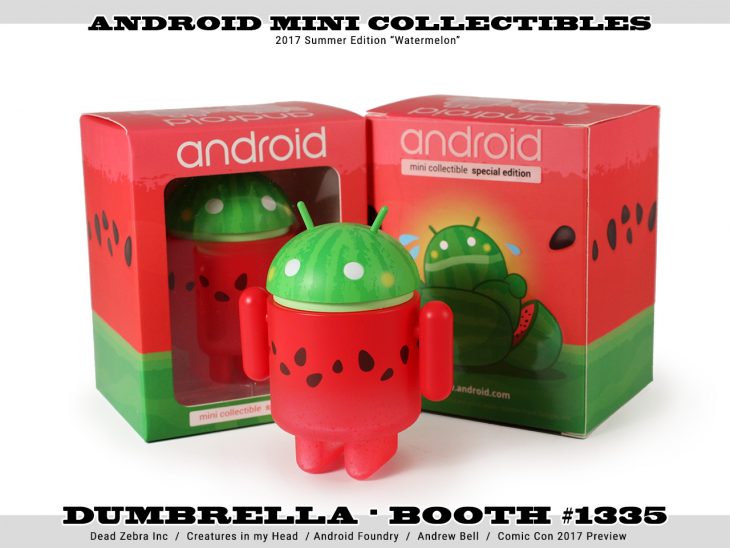 If watermelon isn’t quite to your taste…then this limited edition Andy may be more up your alley. This new take on an Andy design is a 4″ vinyl figure featuring Andrews particular style, of cute lumpy lines featuring the Android figures articulated arms and head. Each figure will include a sticker sheet of emojis to decorate a tiny phone accessory included with the figure and will sell for $12 each. Andrew says that if you can’t make it to Comic Con that you will also be able to get your hands on an Andy figure from the Dead Zebra shop in August. Both figures look quite cool, so be on the lookout for these guys going on-sale in the Dead Zebra store over the next month or so.