Home Smart Home and Wearables Smart Accessories Google Glass is alive and well in the Enterprise space – but... 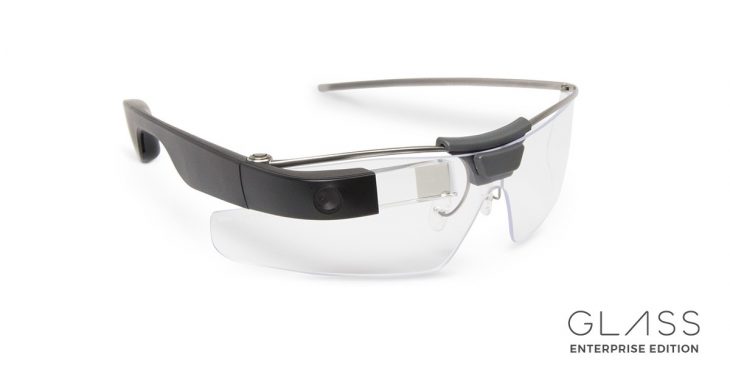 Google Glass was a very hotly watched product before it was effectively shelved from public view in January of 2015, since then Google X, or X as it’s now known under parent company Alphabet, has been re-working it as a tool in the enterprise space. Today, Jay Kothari, Project Lead for Glass at X has taken to Medium to show off the Enterprise version of Glass and talk about what’s been going on.

Glass has been getting a bit of press recently thanks to an update to the MyGlass app, as well as a firmware update for the Glass Explorer units still alive out there. That’s not a show of any launch in the consumer market though, with Mr Kothari outlining the enterprises using Glass at the moment. Big name companies like Boeing, DHL, AGCO, Volkswagen and more are currently using the new Glass Enterprise edition to streamline workflows and access records much faster.

The newly designed Glass includes a hinge that allows Glass to be used like actual glasses, a design flaw that was very prominent on the Explorer models.

Google is distributing Glass for Enterprise through selected partners who will build an end-to-end solution for customers. There’s no indication of how much each unit costs on the newly designed Glass homepage, but it would likely be around the same price as the Explorer version – though components should have gotten cheaper over the last two and a half years since Google canned the project.

Glass Explorer edition appears to be well and truly gone, the FAQ points to the developer guide for Glass, but beyond that, there’s no mention of a return to Glass Explorers.

As for the future of Glass, it seems to be cemented in the enterprise space. Mr Kothari says that ‘the Glass product team is back at X, and we’ll be collaborating with the Google Cloud team’ and where they are working to help companies ‘give their workers a way to work faster and in a more focused way, hands-free’. Sounds exciting, hopefully my day job picks it up.

I really do hope google glass ends up being treated better than the prior version, always thought google glass, if given time and treated with enough care, would sell amazing as a consumer product.