Netgear has launched their smart baby monitor, called Arlo Baby in Australia this week, with the camera set to go on-sale in August.

The Arlo Baby was launched at CES 2017 earlier this year, where it was announced as a a CES® 2017 Innovation Awards Honouree for its ‘unique and innovative product design’. It looks non-threatening which is important for babies, and the cuteness factor increases with a range of skins that will allow you to dress it up like a kitten or puppy.

The Arlo Baby goes far beyond traditional baby monitors says Netgear Australia, allowing you to watch your baby in high quality 1080p resolution, even at night when the infrared LED lights kick in enabling night vision. There’s an audio and video component too, with a built-in microphone and speaker inside to enable you to hear and speak with your baby, or play a selection of lullabies bundled with the unit. You can also switch on a night light to lull baby to sleep.

It’s not just sound and video though with sensors included to monitor ambient conditions in your nursery, including temperature, humidity and air quality. You can also get motion and sound alerts via email or push notifications if your baby is crying.

Even though it’s for the nursery, the Arlo Baby is powered by a rechargeable lithium ion battery letting you move it freely around the house so it can monitor bub while having tummy time on the loungeroom floor or elsewhere in the house.

You of course monitor all this from the Arlo app, available on Google Play. You can also access the free 7-day rolling recording from the camera that is stored securely in the cloud.

Netgear will be putting the Arlo Baby into stores, as well as selling it online in August for $399, with the friendly kitten and Dalmatian puppy skins selling for $39 each. You can also grab a stand for Arlo Baby which will give you greater elevation for the camera and a better view of the nursery for $79. A 7″ monitor will be made available later this year, with Netgear to announce pricing closer to launch. 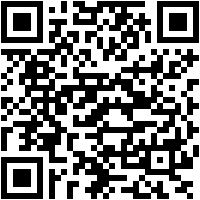 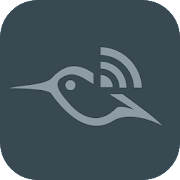 Cute, have a baby, would consider a camera except for that monster of a price. $517 for the full kit out… for 1 camera! Meanwhile in Foscam or D-Link land…

Motorola seems to understand Aussies hate being on Treasure Island. Netgear not so much.

Check online, I was seeing these about $220 on eBay etc. probably in USD but still.