Home Mobiles Andy Rubins Essential phone is delayed while being certified for international and... 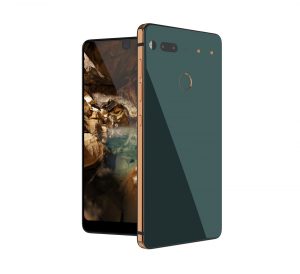 Andy Rubins highly anticipated Essential Phone has been delayed, and customers are being advised finally as to the reason why.

After missing the 30-day shipping window given by Mr Rubin at the Code conference talk when he launched the phone, customers who reserved the phone are finally finding out why. In an email being sent to these customers, the company advises that they are waiting on local and international certification from different carriers, but customers will have a phone in their hand in just a few weeks.

Mass email from @essential just went out saying the phone's in certification and a few weeks away… pic.twitter.com/6vyvsLNL6X

Andy Rubin is considered the ‘father’ of Android, which explains the interest in the phone. It’s being made out of a ceramic rear with a Gorilla Glass 5 covered 5.7″ QHD (2560 x 1312) resolution display on the front that includes a front-facing camera in the middle at the top. Inside are some impressive hardware specs including a Qualcomm Snapdragon 835, 4GB of RAM and a decent 128GB of UFS 2.1 storage. A 3040mAh battery is powering the phone which can be charged via the USB Type-C port.

The Essential Phone is at this stage confirmed to be launching in the US on the Sprint network as well as heading to Canada as an exclusive with their carrier Telus. Rumours have also said that the Essential phone is heading to the UK on EE, as well as to other European countries and Japan as well. There’s been no mention of any launch here in Australia at this stage.

We’re keeping an eye on the usual suspects for partners here in Australia, but if you’re in the know then let us know if you have any hints on where we can expect to see the Essential phone here in Australia.

Looking forward to the reviews on this one. No headphone jack doesn’t bother me, already have a bluetooth headset.