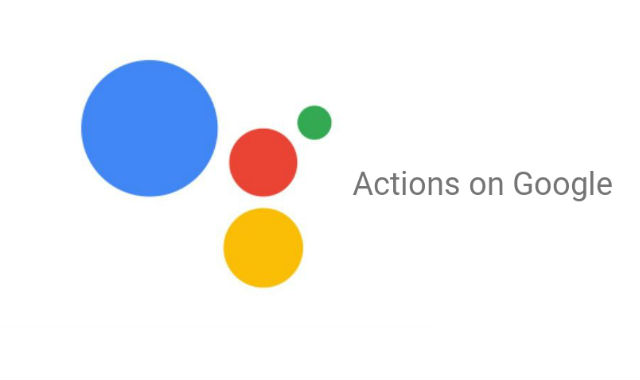 If you’re missing something in your Google Assistant or Google Home since converting to English (AU) last week, never fear because Actions on Google will soon be here.

The launch of Google Home in Australia saw some users converting their imported Google Home to use the new Australian language support. A side-effect was losing access to the many third party integrations known as ‘Actions on Google’.

We’ve certainly seen that there’s a lot of people after it and Google has been working towards releasing Actions on Google to other countries for some time. Ex-pat Aussie and Google Developer Advocate Wayne Piekarski said as far back as April in a post on Google+:


You may have seen recently an announcement that Google Home is available in the United Kingdom with support for English (United Kingdom). However, the Actions on Google platform is currently only available for English (United States), and this is configured with the settings in your Google Home app. We are working on making Actions on Google available in other languages, but we do not have a formal release date at this time. We will make announcements in this community with any updates as they occur.﻿

All this is well and good, but what about Australia? Google will be bringing Actions on Google to Australia. A Google spokesperson said:

Soon Google Home will be open to more third party apps for the Assistant, giving you access to more of your favourite services and content.

We’ll be checking in with Google in the near future on the progress of bringing Actions on Google to Australian Assistant and Home users and hopefully we won’t be waiting too long.

If you’ve already developed an Action on Google with an Aussie slant, let us know and we’ll feature them here when it launches.

Pretty sure this has just been enabled for UK and AU. Opened my home app and there is now home control listed

I’m new to this – Shortcuts was just enabled, not actions. Sorry if I got your hopes up.

I still can’t seem to load up Assistant on my Nexus 5X using en-au. Was that supposed to get turned on with the Google Home AU launch?

Still going on about that… Not having a go at you but have you contacted Google. Why would the Ausdroid guys know more ?
My N6 has assistant with AU english and has for months. We know it isn’t working for you we have seen you comment about that many many times.
Fingers crossed it is something silly for you and you sort it out but call Google.

It’s more to do with the fact that the last time we heard anything from Google on that subject was at I/O and the statement was that en-au wasn’t actually supposed to have it yet. I was hoping for some sort of update on that front when Google announced the release and pricinig for Wi-Fi and Home in Australia.

i wonder who was doing the Google Assistant AFL scores app.

We are Aussie developers that operate the US “Sleep Sounds”, “thunderstorm sounds” & “ocean sounds” on Google Assistant (will be available here soon). We are also doing a lot of work on echo & echo show. Would love to know any other local developers working in this voice space!

Soon…not sure about that. It took a couple of months for the UK to get it. I’d guess Aus will be much the same.

I’m starting to sway towards getting one to have a play with, but definitely not until Aus gets Actions, Shortcuts etc. It’s half useless without them.

I did wonder about that. And when we’d get shortcuts. I had to revert to en-US.