Home Mobiles Report: LG V30 will go on sale from September 28 in the... 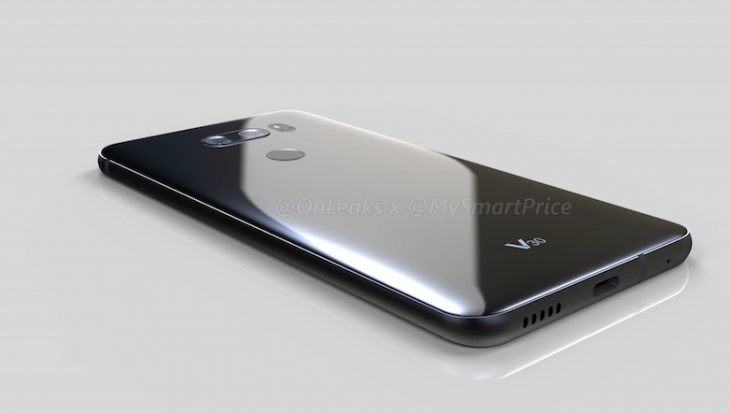 While the first half of the year is traditionally a bit more fast-paced for mobile launches, the second half of the year isn’t left wanting; Apple usually announce their phones in September, and in the Android space, manufacturers usually use the second-half of the year to launch their second-tier phones. For Samsung, this is the Note range, for Huawei, it’s their Mate line, and for LG, it’s becoming the V range.

With rumours all but confirming a launch of LG’s V30 at IFA this August in Berlin, we now have reports that pre-orders will open on the new phone in mid September, ahead of retail availability on the 28th of September. This is US-only, for now, but rumours suggest this could be a global launch, meaning we could see the phone in Australia around the same time.

As in past years, the LG V30 looks to be borrowing fairly heavily from the premier G line, with a design light on bezels, a rear-mounted fingerprint sensor, metal frame, glass back, etc. Dual cameras are likely to remain a feature, though unlike past years, we’re not likely to see that dual-display which the earlier V models had. In many respects, the LG V30 may be the better phone than LG’s G6 which was a bit of a retail flop in Australia.

Perhaps the biggest news, which will offer a signifciant improvement over earlier LG flagship phones, is the rumoured inclusion of an OLED display which could take the display fight right to Samsung’s doorstep. As we know, OLEDs offer a significantly better screen presence than LCD-based displays which some manufacturers refuse to give up on.

All will be revealed in around four weeks, but we expect to find out quite a bit more about the LG V30 ahead of its launch as the rumour mill continues.

Source: Android Authority.
Via: 9to5 Google.

No release date? Probably end of the year ?

Is that true? Or just a rumor?

Is the V30 coming to Australia ?
The V20 was an afterthought.