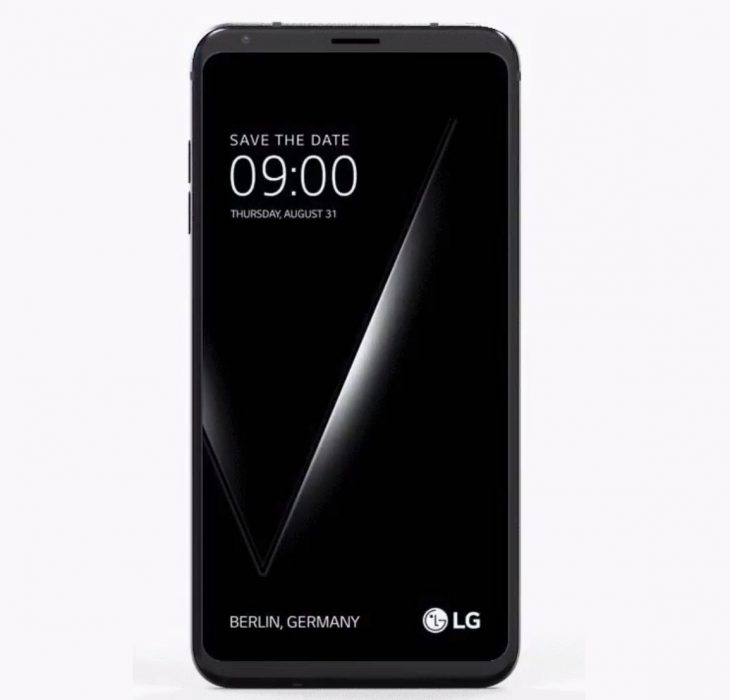 Last year’s LG V20 was a very solid device with an innovative second display. This year it seems that LG are turning their backs on this second display and instead moving to a design that is extremely similar to this year’s G6.

We have seen CAD renders leak/be produced a few weeks ago showing the V30 looking very much like the G6 and today we have seen the leaking of an image by @Onleaks from the offical user manual confirming this design.

In addition to my previous #LGV30 leak, just a little extract from its user manual… pic.twitter.com/6UYjBHwv4I

From the image we can see that the V30 will be extremely similar to the G6 with dual camera on the back and fingerprint sensor below that. There are only two buttons on the side meaning the fingerprint sensor is once again the power button as well.

Along with the image @Onleaks has also leaked some V30 details. According to his sources the LG V30 will support wireless charging which means that the shiny back panel is most likely glass. His source also confirmed the rear dual camera and fingerprint sensor.

The LG G6 is possibly the best designed phone of the year in my opinion so for LG to be copying it over to the V30 is not a bad thing. Now they just need to get their software right. Anyone interested in the V30? I know I am.

Well, if they can put a sensible CPU in it (835 is promised), and a sensible price on the outside, it might do well. Seems like the next Pixel is going to be another damp squib, so the firey Note 8 would be the only other new phone.

No need for a second screen when the whole front is a screen.

Sure. Pump up the G6 specs a bit, and it’s my best bet for next phone.