The long awaited return of the Samsung Note line to our shelves is not far away with a leak pointing to Australian pre-orders beginning on August 25. This is occurring two days after the launch in New York but when it will be available for purchase has been unknown.

Today Korean IT news website, etnews, is reporting that the Galaxy Note 8 will be released in South Korea on the 15th of September. At this stage the price has not been revealed but rumours circulating has it in the unheard of $1500AU mark. In previous years the Galaxy Note series has arrived on our shores not longer after South Korean release so we expect it to be here around the end of September. 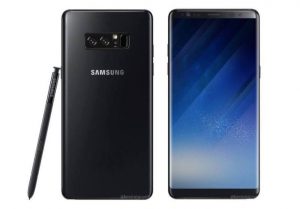 The rumoured/leaked specs of the Galaxy Note 8 show that Samsung, while pushing boundaries with design are playing it fairly safe with the internals. The near bezeless deisgn with the Samsung Infinity Edge 6.3 inch display will house an Exynos 8895 chipset, 6GB RAM, 64 and 128GB internal memory options, 13MP and 12MP dual rear cameras, and a 3,300mAh battery.

I cannot wait to see how nice this looks in person and how well it performs. I dare say the entire world will be watching how Samsung recover from the last Note release. Hopefully they can pull it off and produce a great device.