Home News and Editorial Google passes a Bluetooth device through the FCC – your guess is...

In the lead up to the announcement of a new Pixel, any new hardware news from Google is big news and a new Google Bluetooth (LE) device (FCC ID A4R-A1JT) has just passed through the FCC.

The device filing was lodged in June, but revealed overnight, with details such as external photos, user manual (yes, there is a user manual) and test setup photos requested by Google to remain confidential until January next year.

The location of the FCC device doesn’t give much away, it’s simply the familiar rectangular FCC label design that’s located on the rear of the device towards the bottom. 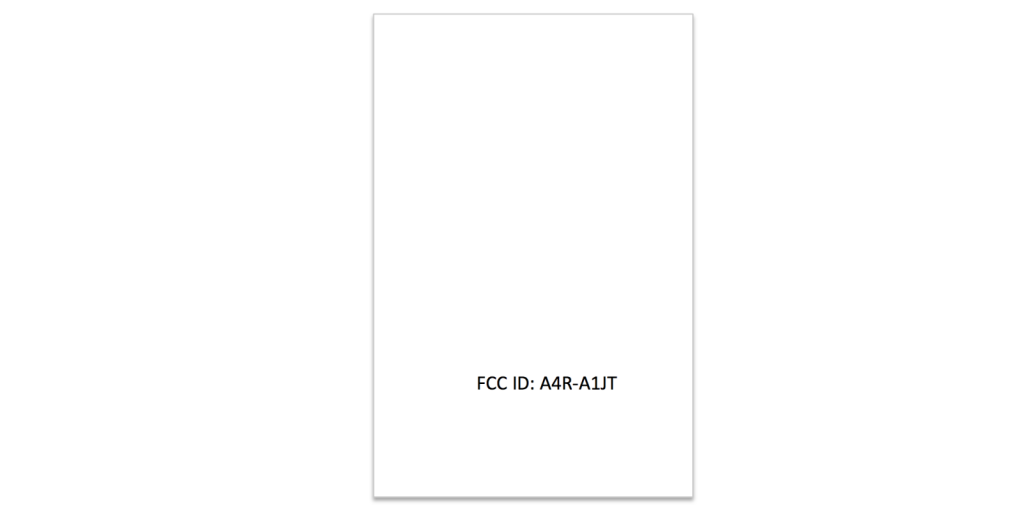 Google of course sprung Google Wi-Fi on us last year, but what is this device? The FCC filing is fairly light on details so we can only find vague details.

Those details include that the device uses Bluetooth Low Energy, and has a note on the antenna saying ‘user to antenna separation distance is <5mm.' That's pretty close, so a wearable is likely - with 9to5Google theorising that it's possible that it's a Bluetooth headset given that the upcoming Pixel does away with the 3.5mm jack. It's possible that this could be the 'Bisto' device that popped up in the Google App 7.0 Beta that launched in April which was theorised to be a “hearable”/Google Assistant device. That would be cool.

Of course this could just be another pair of Bluetooth headphones destined for internal use at Google again, but we’d love to see something new and innovative in the Bluetooth space from Google.

What do you think this could be?

This could be it.

Well actually the smart move would be a combined chromecast/home, without the speaker, in the ‘dot’ role. But time will tell on that.

However this is not going to be a ‘Google Home and Google WiFI combination device’ on account of the simple reason – no wifi.

Yeah, I saw that hit the FCC a few days ago, but it’s damn hard to work out what it could be. If it were a headset, it wouldn’t expect it to be using LE since most headsets use profiles it doesn’t cover. Plus the rectangle would mean a battery box; hardly stylish. The fact that it says the antenna would be so close tends to mean ‘worn’, so maybe a watch or fitness tracker? Remember that abortive pebble core device? Designed for fitness nuts who didn’t want a phone on them? Take the guts of a chromecast, add a… Read more »