The NSW Government has launched a new app which is aimed at assisting logistics companies track their freight container and vehicle movements in real time while at Port Botany.

The new app, called Port Botany Performance Data, which was launched by the NSW Minister for Roads, Maritime and Freight, Melinda Pavey. The Minister said that over 3000 containers move in and out of Port Botany each and every day by road and the new app and the technology behind it has been designed to help ease congestion at Port Botany.

The app is free to download both from Google Play and the iOS app store. The app and technology are a first in Australia, providing live cargo movement data for Port Botany to trucking companies, stevedores and other port users.

Speaking at the launch, Mrs Pavey said that

Until now, Port Botany performance and status information was only available on a closed system account to a limited number of stevedores and road carriers, and through the new app live data will be freely available and will allow industry stakeholders to see what’s happening in the port precinct. It will also focus on real-time truck turnaround and performance data in order to enable better freight planning into and around Port Botany.”

The app has been built on the NSW Government’s Cargo Movement Coordination Centre’s (CMCC) IT platform and it’s hoped that the app will enable users to better plan and optimise arrival times for trucks, reducing heavy vehicle queues entering the port.

The CMCC is also trialling, alongside the new app, a network of Radio-Frequency Identification (RFID) readers within Port Botany to further improve efficiency by using a range of technology to capture real-time freight movements.

Minister Pavey said that the introduction of the app giving access to the CMCC platform would reduce the impacts of road freight movements and ease congestion. ‘Through a combination of technology and working collaborative with Port Botany users, truck turnaround times have been cut by more than 17 per cent in the last four years and rail mode share is at a record 19 per cent’ .

If you work within transport freight logistics and you or company use Port Botany, you might want to check out the app and try it for yourself, which is available for free on devices running Android 4.1 or above. 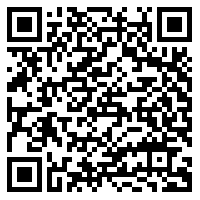 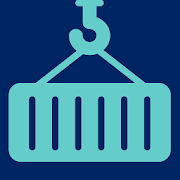