Andy Rubin is considered to be the father of Android and so when he started his own company to begin to build their own phones everyone sat up and started paying attention. His company’s new phone, the Essential Phone, was announced at the end of May with a release within 30 days promised. Unfortunately it was delayed for various reasons but now it seems that it is all systems go with first batches heading out in the next few weeks.

Andy Rubin this morning tweeted out that the Essential Phone is in full production and news on where to purchase will follow next week:

The tweet shows the phone as it makes it way through the manufacturing process. Aside from this it doesn’t reveal much at all, although the look of the phone, half finished, show it to be a polished, stylish device.

Unfortunately at this stage it will not be available in Australia in the first roll out but it does support all the requisite 4G bands to be used here if you wish to import it yourself. In the US it can be purchased unlocked from Best Buy and Amazon with more details to follow next week. It can also be purchased through Essential’s website if you want to use a mail forwarder to get it here.

The Wall Street Journal has also reported today that Andy Rubin’s company, Essential, has received US$330 million in funding from Tencent, Amazon (via their Alexa fund) and Foxconn. According to the WSJ, Essential will consider their first phone to be “very successful” if sales top the one million mark. After reading the following statement from Amazon’s Alexa Fund’s director of corporate development I would not be surprised to see Alexa appear on their devices in the coming years.

Essential Products has a compelling vision and roadmap for connected devices that integrates voice technology in novel ways. We are excited to see Alexa become part of that vision where interacting with technology is simple, helpful and creates an interface that others can build on and innovate. We look forward to what will come from this collaboration. Paul Bernard, Director of Corporate Development 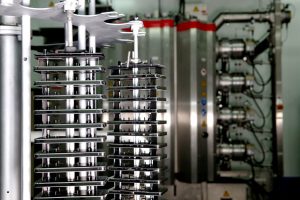 The Essential phone is a great looking phone that has a near bezeless front with it’s display wrapping around the front facing camera and the earpiece hidden underneath it. The phone also has some impressive specs beginning with the Qualcomm Snapdragon 835, 4GB of RAM and 128GB of UFS 2.1 storage. There is a 3040mAh battery that is charged using fast charging via the USB Type-C port. The display is a 2560 x 1312 QHD 5.71in LCD (CGS/LTPS) display with a 19:10 ratio. There are all the usual Wi-Fi connection options (802.11a/b/g/n/ac with MIMO) alongside Bluetooth 5.0 LE and NFC.

The phone does face an uphill battle with it’s sales with the second generation Pixel due in the next few months, along with the Galaxy Note 8. The phone does have a lot going for it but is it enough for you? Anyone here interested in purchasing a first generation Essential Phone?

– Ceramic, Titanium and GG5 should make for a sturdy non-glass backed phone with great spec’s – I like a great deal – it deserves to be a winner.

definitely right mate. Would you prefer it over a Pixel XL 2?