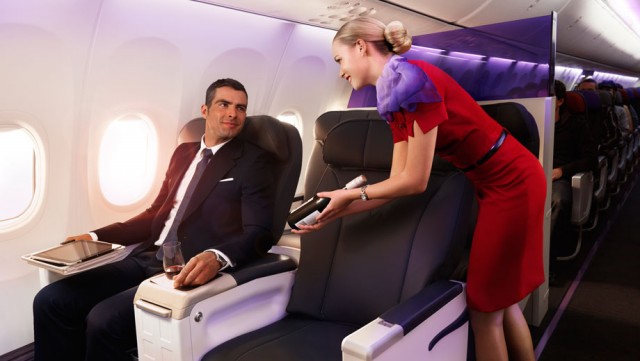 Virgin Australia has today announced plans to expand Wi-Fi connectivity throughout their fleet, with plans to have it in place across their entire fleet by mid-2019.

Virgin has said that they will equip most of their Boeing 737 and 777 model aircraft by the end of next year, while their remaining aircraft consisting of Airbus A330s will be fitted out by the second half of 2019. Internet access on-board the aircraft will be powered by Optus Satellite internet, while the in-flight connectivity will be handled by GoGo.

Wi-Fi connections were first trialled on Virgin Aircraft on a single Boeing 737-800 aircraft over a 3-month period starting in April, with the trial evidently quite successful, with guests reporting a high level of satisfaction. Virgin said that checking email (49%) and social media (43%) were the top two uses of in-flight wi-fi with streaming Netflix in the top 5 as well.

According to Virgin Australia CEO John Borghetti passengers travelling on domestic flights will enjoy ‘a basic level of free Wi-Fi’, with a two-tiered pricing system being put in place with speed being the main deciding factor. Virgin will also be the first Australian airline to offer Internet access on their international flights, though there will apparently not be a free tier on these flights – though Virgin hasn’t advised what speeds will be offered.

Optus Satellite is Australia’s largest satellite provider for domestic and New Zealand services, with the service delivered through 2Ku’ dual-antenna technology outfitted to aircraft. Their initial trial in April was using Intelsat and SES for international flights.

Virgin Australia is not the only airline working on delivering in-flight internet access, with Qantas also commencing trials back in April. Tigerair Australia however told Ausdroid that they have ‘no plans for in-flight wifi at this point in time’.

Qantas should have their broader rollout of in-flight Wi-Fi going by around October, but we’re waiting on further announcements on that front.

I never thought I’d see the day, but maybe it’s time to start flying Tiger then!!