Home News and Editorial Google confirms Android O will be announced on August 21st – plus... 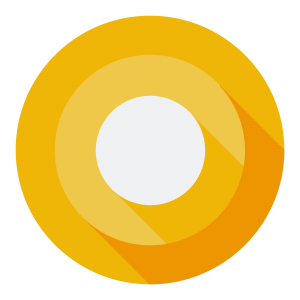 Google has announced overnight that Android O will be announced on August 21st at an event during the solar eclipse that will take place over north America.

The Android O announcement event will take place in New York City, but this is Google so of course it will be live streamed so you can check it out. The live-stream will begin at 2:40PM ET – that’s 4:40am AEST on Tuesday 22nd of August for us playing at home – so you’ll need to set your alarm for that one.

Google has launched android.com/eclipse/ as a landing pad for the event, which includes a countdown timer and a link to the live-stream –
which isn’t live yet 😉 but at least you’ll know where to look.

So…the next question is: What will Android O be called? Well, there was some resistance to Google partnering with Nestlé for Kit Kat but we’d love to see Oreo, and Google has either stuffed up, or is trolling us because a post by Google on Google+ teasing the announcement used a video called ‘GoogleOreo_Teaser_0817_noDroids%2B%25281%2529.mp4‘ – that video was changed to Octopus Teaser and has now been changed to Orbit Teaser:

The Oreo name would be great, we all had a good time winning Android vouchers and tablets with the Kit Kat promos so we’d love to eat some Oreos! One person who’s seemingly convinced of the Oreo branding is Evan Blass, who tweeted this out:
https://twitter.com/evleaks/status/898582889335574528

We’ll be tuning in at 4:40am AEST on Tuesday morning, we can’t wait to see what it is – and hopefully catch a glimpse of the new Android statue unveiling.

Oh, and if you’re interested in watching the eclipse, you can catch it livestreamed on YouTube on a bunch of channels including NASA, The Weather Channel, Exploratorium, Discovery’s Science Channel, and Univision.

Since all Android versions are named after desserts, it is hard to see Android O being named after a sea creature or space. I think Evan Blass is right. Android O looks more likely to be called Oreo than Octopus or Orbit.