Home News and Editorial Anki brings Cozmo and Anki OVERDRIVE to Australia in a bid to... 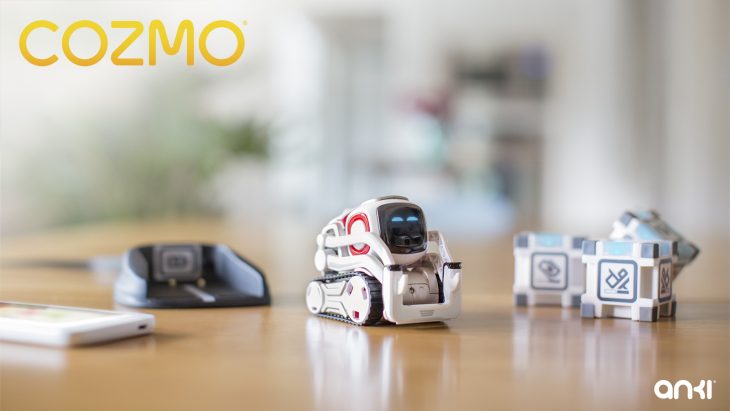 It’s been quite a while since we first spoke of Anki, the company making robotics cute. It’s time to talk about them again, though, because the Silicon Valley company is bringing its robotic creations to Australia this October, and they’re available for pre-order today from JB HiFi and Australian Geographic stores.

Cozmo, pictured above, is the cute little robot which reminds me of Wall-E of Disney fame, with its OLED face which reacts to its environment and more. Cozmo represents more than six years of research (and a heck of a lot of investment) to make the most personable, enjoyable robot consumers can get access to, and it fits in the palm of your hand.

“Cozmo is bringing advanced robotics into the home in an engaging and emotive way,” said Boris Sofman, Chief Executive Officer and co-founder, Anki. “He has been intricately designed to have a deep personality and character traits like the robots that we’ve come to love in Hollywood films, and we’re incredibly excited for everyone to meet him.”

Cozmo will be available from $319.99 from JB HiFi and Australian Geographic. Overdrive is something for those who love to combine tech with car racing… let’s face it, we’re all big kids at heart! In this game, players take control of their cars via their mobiles, and can battle against family or friends, or AI-controlled challengers in a variety of game modes.

I know, the image that comes to mind is the slot cars of childhood, but this is a bit more advanced. With a magnetic, modular track system players can build custom battlefields within seconds, and cars can drive wherever they need to go to get around. Combining elements of vehicle customisation, power-ups, modification and just plain and simple racing, Overdrive is bound to be popular.

Overdrive will be available from JB HiFi and Australian Geographic from $269.99, while a special Fast and Furious Edition will be JB HiFi only from $299.99.

Pre-order is open now, and you’ll be able to get into some new toys come October, so it’s not too long to wait. I know I’ll be grabbing a Cozmo for sure, and I’m absolutely certain my kids would appreciate an Overdrive set too. We’ll see what we can do.

If you’re as interested as I am, you can pre-order now from: