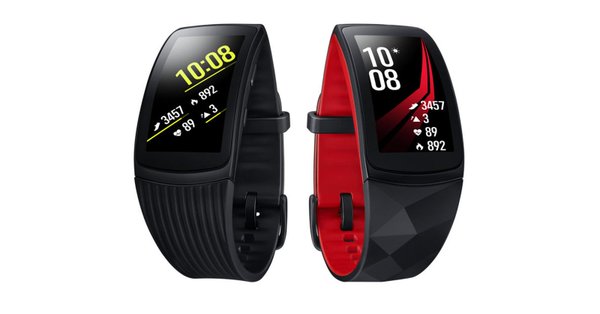 Overnight Samsung were expected to announce the new Gear Fit 2 Pro at their Unpacked event in New York but unfortunately it was not mentioned during the event. It seems that someone running Samsung’s websites also expected that and pulled the trigger on the website making it live before any such announcement. Luckily the link was captured and shared quickly by Evan Blass.

The new upgrade of the Gear Fit 2 has been expected for a while and now many of the rumoured specs have been confirmed (it is getting scary how accurate so many leaks are these days). The Gear fit 2 Pro will use Bluetooth 4.2 to connect to your smartphone and have battery life of three to four days from the 200mAh battery. This battery life is decreased to just nine hours if you leave the new standalone GPS on all the time. Along with 2GB of storage for music/media there is a full IP68 certification and it will be submersible up to 5 ATM (approximately 50m) meaning you can swim at your local pool with it and not have to worry about damaging it from the water. There is of course a built in heart rate sensor and step counter. The Gear Fit 2 Pro appears to be an incremental upgrade over last year’s model with the design being extremely similar to last year’s model although there is a new buckle design. The watch will come in black and a “red” variant (see above) but there is no information on when it will be made available. It is expected to sell for under US$200 meaning it will still be an affordable option for those wanting a high quality fitness tracker.

The next event for Samsung is at IFA in Berlin so we now expect the Gear Fit 2 Pro to be announced in full there (although there is very little left to reveal). We will cover it in detail as soon as all the juicy details emerge.