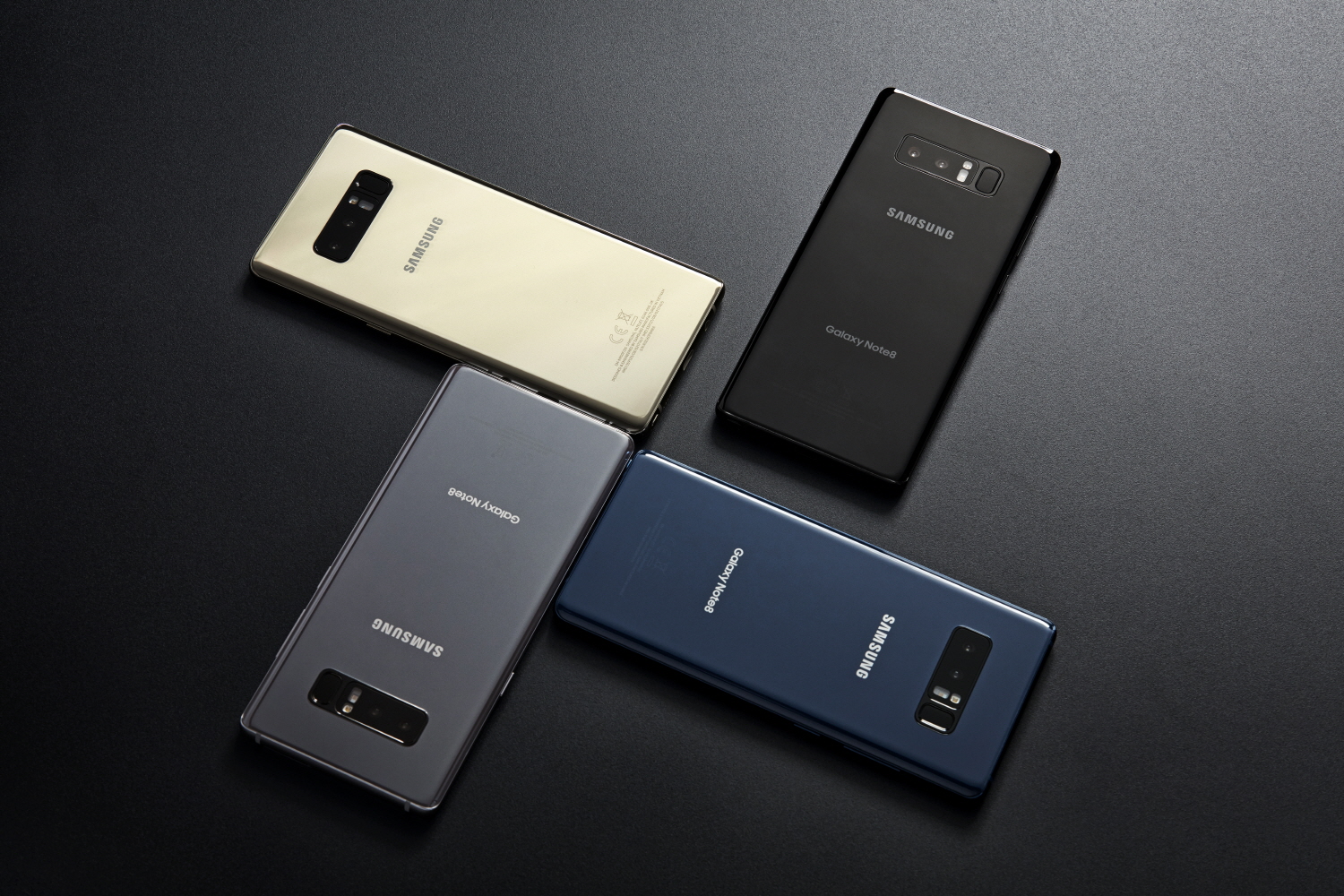 At their New York event, Samsung has unveiled the Galaxy Note 8 showing off the phone we’ve heard all about and seen from multiple angles over the last couple of months.

As befits the Note line, Samsung has made the Galaxy Note 8 a premium device ticking all the boxes with the familiar Galaxy design and including the curved Infinity Display. Samsung has also made the Note 8 the first of their phones to include a dual camera which includes Optical Image Stabilisation (OIS).

Rather than burying the lead, here’s the info you want; the Note 8 is coming to Australia on September 22nd where it will retail for $1,499 in Midnight Black and Maple Gold colour options – unfortunately no Orchid Grey or Deepsea Blue for us.

Pre-orders will go live in Australia on August 25th, with Samsung offering a free Samsung Convertible Fast Wireless Charger worth $119 (redeemed from Samsung) for any pre-orders placed between 25 August and 21 September 2017.

As we saw, Samsung is definitely bringing their Screen Assure offer to Australia. Under the terms of the offer, Australian customers who order the Galaxy Note8 between 25th of August and 31st of October and then register by the 14th of November will get one free screen repair if the screen is damaged within the first 12 months of receiving the device.

Samsung really owns the curved display with their patented Infinity display. At 6.3″ in size with a QHD+ (2960×1440) resolution that packs in 521ppi the screen on the Galaxy Note 8 is not going to disappoint. Samsung says that the increased screen real estate lets you do more with the phone, while the narrow body makes it easier to hold in one hand – specidically allowing you to use their S Pen easily.

The S Pen has been given an overhaul as well, with a finer tip and improved sensitivity – though that’s in comparison to the Note 5, Samsung isn’t mentioning the ill-fated Note 7 for this release.

It’s not just an improved stylus hardware wise, Samsung has been working on functionality of the S Pen for the Note 8. According to Samsung you can now share animated texts or drawings across platforms that support animated GIFs. You still have all the S Pen features that we love, like the Screen off memo function that lets you write on the screen while the screen is, well, off.

There’s also the translation features with improvements to the ‘S Pen Translate’. You can now translate whole sentences in up to 71 languages and convert various units as well as currencies instantly.

As expected, Samsung has included dual 12MP rear sensors with OIS on the Galaxy Note. The dual sensor setup includes a wide-angle as well as a telephoto lens allowing for a ‘Dual Capture’ which captures a close-up shot from the telephoto lens (up to 2x optical) and one wide-angle shot that shows the entire background. This dual capture allowed Samsung to introduce ‘Live Focus’, a feature lets you control the bokeh effect both before and after you take the shot.

The spectre of last years Note 7 debacle has influenced the launch of the Note 8 for sure. It’s not weighing heavily, with Samsung taking the ‘we’ve learned from it’ approach. Samsung was quite open about the issue when it occurred, and followed up with plans for how they would improve moving forward. Samsung implemented an 8-Point Battery Safety Check for future Galaxy handsets — the most rigorous in the industry and this is still in place for the Note 8.

After their handling of the Note 7 issue, it’s whether the public is inclined to give them the benefit of the doubt for the Note 8 – something we’ll soon see.

Just as they did on the Galaxy S8/S8 Plus, Samsung is offering both iris and fingerprint options for biometric security. The fingerprint scanner is again on the rear in a hard to reach place, right next to that dual-camera module.

Samsung is really highlighting the iris scanning function, promoting it for professionals who may not be able to comfortably swipe their fingerprint when they want to unlock. It’s useful for consumers too, with the iris scanner also able to authorise payments when using Samsung Pay. The iris scanner is more secure than fingerprint with around 266 traits checked on an iris compared to just 40 on a fingerprint.

The Samsung Knox security package is also back on the Note 8, offering hardware and software layers and a Secure Folder to keep your personal and professional data separate.

So what’s under the hood? Well, we pretty much know all that but Samsung has now confirmed them – and it’s just as good as it sounds. It’s powered by a Snapdragon 835 or Exynos 8895 SoC with 6GB of RAM. The Note 8 comes in three storage options: 64GB/128GB/256GB, though understandably not all these options will be available from carriers; you’ll be able to add more storage thanks to a microSD card slot supporting cards up to 256GB.

The phone is IP68 water and dustproof, and comes with quick wireless charging supporting both the Wireless Power Consortium (WP) and Power Matters Alliance (PMA) standards. Quick Charge 2.0 is supported to top you up even faster if you can stand to plug a cable in.

As we saw in leaks, the Galaxy Note 8 comes with Bixby on-board which was conveniently expanded to over 200 countries this week. Bixby is their virtual assistant that completes tasks on your phone including setting reminders or alarms, sending texts and lots more. Bixby is going to get smarter over time, Samsung says it will learn from you and improve over time – a learning curve which Samsung hopes will be bolstered by third party support from developers.

So, there you have it. Garry McGregor, Director, IT and Mobile, Samsung Electronics Australia said

The Galaxy Note8 builds on features that Samsung has pioneered across our flagship Galaxy devices including, infinity display, fast and wireless charging capabilities, biometric security, as well as the much-loved Note S Pen which provides a beautiful handwriting experience. We believe innovation only becomes meaningful when it can create a purposeful outcome for our customers, which is why we always focus on improving the features that our customer love most while at the same time pioneering experiences that breaks new ground for our smartphone offering.

At this stage, we know the Note 8 will be available at retailers, and carriers – but availability is still not quite clear. We’ll be following up with plans and offers as they appear throughout the day.

Are you pre-ordering the Galaxy Note 8?

Quick charge 2.0? I know they are being cautious but QC 3.0 should be standard in a new flagship.